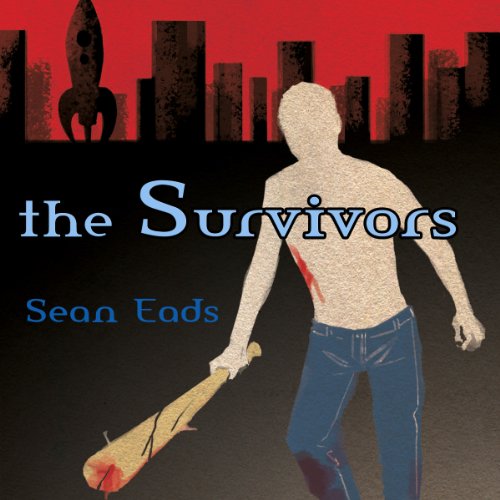 By: Sean Eads
Narrated by: Sergei Burbank
Try for $0.00

No one knows what it's like to be ignored by the aliens more than Craig Mencken, an amateur journalist who writes inane copy for a magazine tycoon. A pair of aliens have invaded his home, abused his furniture, and disrupted his life. Who thought first contact could be such a nuisance? But when Mencken's employer demands the story of the century, a fictional interview with an alien, the sinister truth about the invasion is accidentally revealed.

Soon Mencken's ex-boyfriend is dropping hints about a mysterious cabal that promises to rid the aliens from neighborhoods like exterminators do with vermin. Then a narcissistic federal agent wants Mencken to spy on the cabal for the sake of his country. As if life weren't already hard enough, the ''dozers'' - cubic machines capable of demolishing skyscrapers in minutes - start landing across the globe, and it does not seem likely the aliens will ignore mankind for much longer.

What listeners say about The Survivors

Decent story with some annoying aspects

This is a well told story, with a main character we come to care about, and a plot that progresses well and is well paced, and a unique idea. My small issue is the role of women, which is practically non-existent, except to be disparaged as in some way dispicable. Granted there are plenty of stories with heterosexual protagonists that seem to focus exclusively on one gender... I can think of several brilliant novels that do so. But there is something off putting about having one gender there only to be kind of spat upon as repulsive, presumably because the main character is has some issue, or perhaps the author. This is not the worst - I had to return a book called. 18% gray, which featured Homosexual protagonists in a future dystopia. Ok, fine... But it was SO vicious and hateful toward women, literally mocking them and their bodies as dispicable. Books like that do no favors to the gay community, and are not, in my opinion, representative of most gay people. This book is not nearly as bad as that, but has some of the same flaws. SO the world is ending, but women seem to have dropped off the planet, have almost no role at all... Except one character described as repulsive and not worthy of her hot husband... aside from that women are barely there, and our "hero" talks about "holding his nose" at the idea of touching one sexually.... Ok, fine.. What if someone said that about a gay man? That would be totally unacceptable, I am sure, to this author.

It is sad that this writer, who is clearly talented, can't write women, has no interest in writing women, feels they deserve no place in such a story, and has to be kind of nasty. Unfortunate as it could have been a really well done book - but it was SO glaring. I could have gotten over the lack of women in the book, but for the peppering with hate that comes now and again... Of course the main alien is a woman... But we are lead to hate them and her. A lot. For good reason. I hope the author gets over his issues. He has a lot of potential