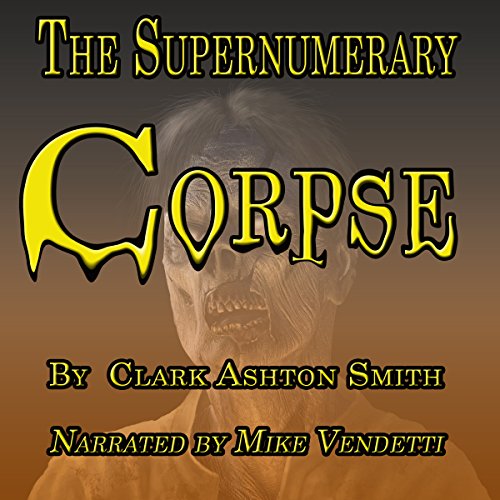 By: Clark Ashton Smith
Narrated by: Mike Vendetti
Try for $0.00

Award-winning narrator Mike Vendetti reads The Supernumerary Corpse by Clark Ashton Smith, one of the big three, along with H. P. Lovecraft and Robert E. Howard, at Weird Tales magazine.

In this tale an underrespected chemist uses his skill to create a poison that is undetectable and mimics a fit of apoplexy or stroke, killing the victim. He convinces his employer, who has wronged him in many ways, that it is an elixir promising everlasting life and many other benefits. The boss is only too anxious to sample it, and it works only too well. Problem is, what to do with the supernumerary or extra corpse.

What listeners say about The Supernumery Corpse