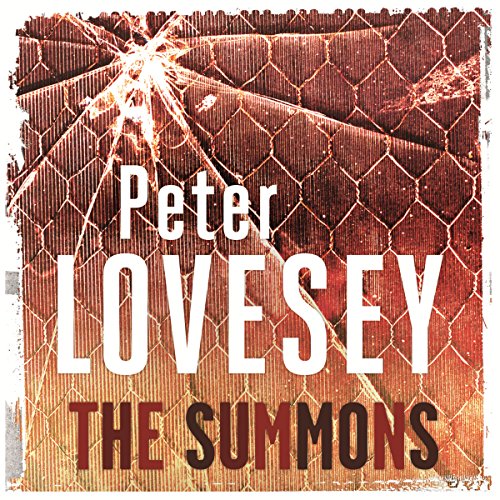 By: Peter Lovesey
Narrated by: Michael Tudor Barnes
Try for $0.00

Winner of the Crime Writers Association Silver Dagger and shortlisted for the Edgar Award.

The summons comes at night. Two policemen collect Peter Diamond from his West London flat and drive him to Bath. Once head of the murder squad there, he is now out of touch in his retirement, unaware of an audacious escape from Albany Prison.

Four years previously, Diamond headed the investigation of the bizarre murder of a Swedish woman journalist, her mouth stuffed with red roses. Now the convicted murderer is at large and has already kidnapped the daughter of the Assistant Chief Constable. He is demanding that the case be reexamined, and he will deal only with Diamond.

What listeners say about The Summons

Wish I'd discovered Peter Lovesey years ago! I look forward to listening to all the Peter Diamond stories. Clever stories and very good narration. First two books most enjoyable!

Summons to the Kill

This is a series by Peter Lovesay and as always keeps you guessing to the end. Wonderful story teler

The final confrontations with the murderer

It holds one attention all the way. Some great funny moments and others that make you jump

Peter Lovesey is a great writer.

Unemployed and living in West London with Steff when a late night visit from the Bath police takes him from bed to Bath, much against his will. The kidnapping of the daughter of his detested former chief forces Diamond to review an old murder case he was in charge of. With reluctance, and very little police support, he has to review his investigation while the escape prisoner with his hostage puts pressure on both Diamond and the Bath police.

A good story with a good narrator brings the characters and the town of Bath to life making this an enjoyable listen. Diamond's sly humour adds a lightness of touch to the otherwise grim work of rooting through the past of those involved.

Very enjoyable like all Peter Lovesey books. I like Michael Tudor Barnes narration but one quibble. It's Widcombe Hill not Widecombe or Widdycombe Hill.

I've enjoyed all of these so far, and will keep on reading them. I also think they will be very re-readable after a while despite knowing whodunnit. I recommend

I enjoy the Peter Diamond series and this one kept me guessing until the end. It was well read by Michael Tudor Barnes

I am becoming rather addicted to Mr Diamond and his long suffering wife. Each book follows on with his story, though it is not necessary to have read previous books to be entertained and gripped by this one which features a kidnapping and a possible wrong arrest. I,am looking forward to hearing about the detectives next adventure

Another cliffhanger which kept us guessing to the end

We enjoy the local settings as we know them all. Diamond is an engaging curmudgeon!

Nice to have West Country setting. Always extra twists. Hope real cops are more like Diamond. The baddies have got it coming.

Have flung this book back over the wall as it’s too boring too disappointing. What a shame