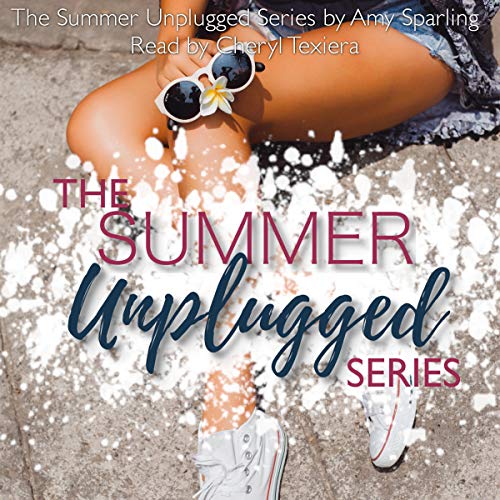 All four novellas of the Summer Unplugged series in one book.

Summer Unplugged: Bayleigh is addicted to her cell phone and her mom has had enough. After catching her sending a less than lady-like photo to a boy who barely knows her, Bayleigh's mom sends her away to her grandparent's house for the summer - sans cell phone, laptop and iPod. Bayleigh thinks the summer will be torture without social media - that is until she meets the boy next door.

Autumn Unlocked: After a summer grounded from technology, Bayleigh is back home and rebuilding her relationship with her mother. Her boyfriend Jace keeps his promise and stays in Texas, where he works at a local motocross track. Knowing her relationship with Jace is something special and not like all the guys before him, Bayleigh is determined to keep their love strong, despite his notorious fame in the motocross world and the dozens of girls throwing themselves at him in his new job.

Winter Untold: When Jace accepts a job that has him traveling all over the country, Bayleigh wonders how their relationship can survive on random text messages and intermittent phone calls. Frustrated by his popularity on Facebook and jealous of all the parties he's attending, she finds comfort and friendship in Chase, the guy who just moved in next door.

Spring Unleashed: Bayleigh graduates from high school and with her boyfriend Jace by her side, she feels like life can't get any better. That is until Jace and her mom suggest some plans for Bayleigh's future that she's not too thrilled about. As long as she can win them over to seeing things her way, life will be great again. Or so she thinks.

I enjoyed the story, but the main character was a little too boy crazy and just plain crazy for me to give it a five. Two of the stories were better than the other two.
The narration was perfect! She had the perfect voice for the type of teen she was portraying.

wow Bailey needs help. She has never really been identified by anything other than someone's girlfriend. the sad part is that she is the one that identifies herself as that. She is happy and content with it. Not sure exactly what happened to being your own person and doing things for you instead of someone else.

the most annoying main character

Bailey is a pathetic and annoying character. I wanted to tell Jason to turn and run.
lucky this book was being read to me. I often gagged at her idiotic and immature decisions and would have now been able to continue.