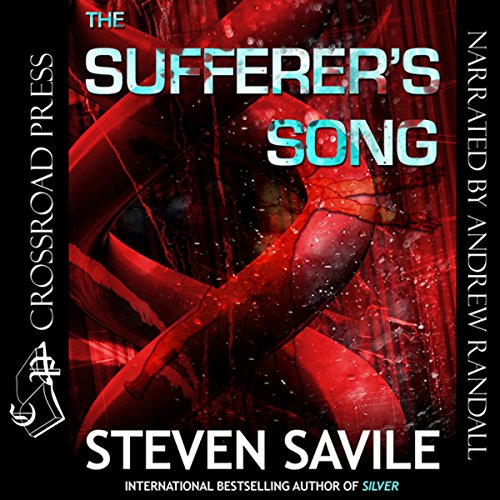 By: Steven Savile
Narrated by: Andrew Randall
Try for $0.00

A new techno-thriller by the International best-selling author of Silver and The Last Angel.

As a journalist, Kristy French is never going to win a Pulitzer while she's at The Newcastle Gazette covering bake sales and town fêtes. But a missing persons report could be about to change all that.

As a novelist, Ben Shelton's career's over before it's begun, he's the proverbial one hit wonder. The two of them have never met, but they're about to become the most important people in each other's lives. It isn't love. It's survival.

Johnny Lisker and his friend Alex Slater are having a beer in the local a pub after Alex's longtime girlfriend Beth broke his heart. It should be a quiet night. It isn't. Johnny stabs a man. Suddenly, he and Alex are on the run from the law and there's no going back.

Just outside of the village of Westbrooke, disgraced American doctor Brent Richards is obsessed with playing the Devil. He has manufactured a strain of virus he calls N.E.S.T., one that effects the bodies' pain threshold as well as its need for nourishment. The side effects include blisters along the mouth, rapid weight loss - and the insatiable need to feed.

Three people are missing. Murdered. And the death toll is not about to stop rising.

Small towns are meant to be sleepy. Safe. They are not meant to be meat. Within a single week, Kristy, Ben. and Westbrooke's residents have the comfortable safety of their world torn out from under them. People they have known all their lives turn on them and no-one knows what is happening, why, or how to stop it.

There's blood on the streets, and the suffering has only just begun.

What listeners say about The Sufferer's Song

The narrator's reading is flat and lacks any interesting inflection.

I have made myself listen to the first few hours of this book hoping that it would grab my interest. Unfortunately, after days of listening, I finally had to stop. I absolutely hate giving up on a book that others have reviewed as pretty good, so I may give it another attempt sometime later.

Where does The Sufferer's Song rank among all the audiobooks you???ve listened to so far?

This is a complex book based around a failed medical experiment - an experiment intended to help one control exactly the emotion they need at any given time - which goes wrong. The test subjects, some human, some animal, end up out of control, violent, raging - killing - and in many cases dead.

The variety of characters

Which character ??? as performed by Andrew Randall ??? was your favorite?

Sort of copping out here, but the narrator's voice behind the story is my favorite.

If you could rename The Sufferer's Song, what would you call it?

An interesting, if rather long thriller. Should appeal to Stephen King and Den Koontz fans - particularly their earlier works.