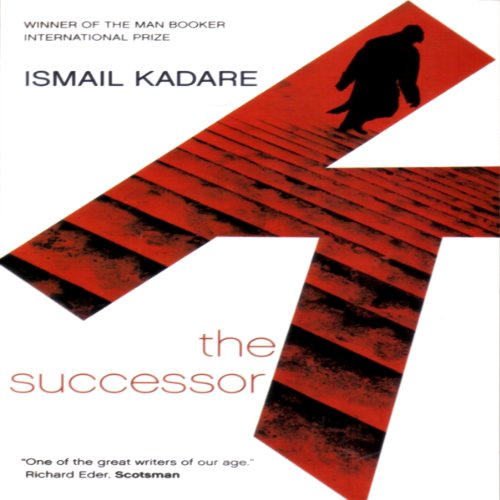 By: Ismail Kadare
Narrated by: Bernard Setaro Clark
Try for $0.00

A new novel from the acclaimed winner of the inaugural Man Booker International Prize for achievement in fiction.

The Successor is a powerful political novel based on the sudden, mysterious death of the man who had been handpicked to succeed the hated Albanian dictator Enver Hoxha. The man who died was Mehmet Shehu, the presumed heir to the ailing dictator. The world was so certain that he was next in line that he was known as The Successor. And then, shortly before he was to assume power, he was found dead. Did he commit suicide or was he murdered?

The Successor is simultaneously a page-turning mystery, a historical novel - based on actual events and buttressed by the author’s private conversations with the son of the real-life Mehmet Shehu - and a psychological challenge to the reader to decide, How does one live when nothing is sure? The Successor seamlessly blends dream and reality, legendary past, and contemporary history, and proves again that Kadare stands alongside Mrquez, Canetti, and Auster.

What listeners say about The Successor

Kadare is simply amazing. His intelligence and the insatiable desire to know make him absolutely lovable as an author. His writing style is exquisite, filled with symbols. The book is worth hearing/reading. The reader was amazing as well.