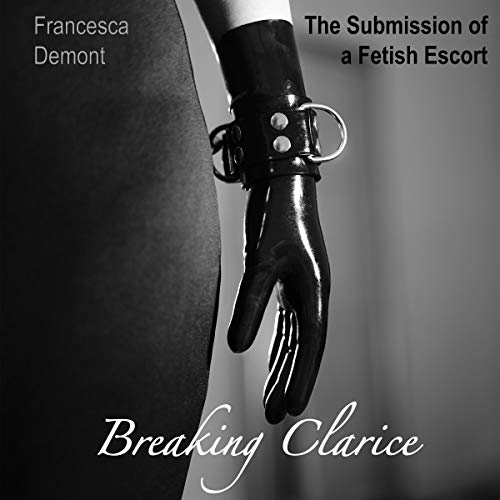 The Submission of a Fetish Escort: Breaking Clarice

The Submission of a Fetish Escort: Breaking Clarice

After meeting her new client in Frankfurt, Clarice now travels to accompany him to Moscow on a business trip for several days. Although several months had passed between the two meetings, Clarice was drawn to him and began to warm to some of his wishes to turn her into his slave girl. In anticipation of meeting him again, she wanted to surprise him with some piercings that he had asked for. This was a slippery slope for her.

Did she begin to modify her body out of a desire to please a client, or was there more to it? While in Moscow, their sessions became more intense and Clarice was pushing her limits of endurance and tolerance for submitting to his wishes. She was rewarded with spectacular outings, all in latex, to some of Moscow's most prominent restaurants. She became very comfortable wearing her latex dress out in public and it seemed to please her client.

Although she resisted the idea, what was a client at the beginning of their trip, began to turn into her master not just for the time he had booked her as his fetish escort, but beyond.