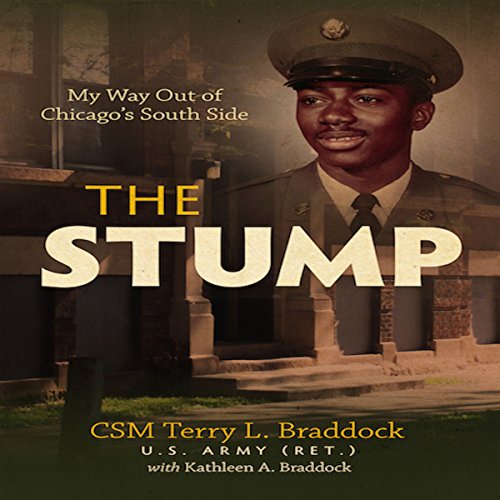 Three guys I didn’t recognize stood outside the door as I came down the steps of a Chicago apartment building. I had just finished up collecting newspaper fees for delivering the daily paper. One stepped inside, walked toward me, and said, “What’s up?” I looked at him and said, “What’s up with you?” As he stepped closer I saw a gun in his waistband and it made me think of my father, who always said, “Think before you react, son.” If I reach for his gun, I thought, he could be faster than me. He also had buddies just outside the door. My decision was made for me when the boys stepped into the hallway and surrounded me. It took me only a second to think, Is your life worth 90 bucks of newspaper collection fees? I pulled the money out of my pocket and handed it over, and he said, “Now that’s what I’m talking about.” He pulled out his gun, pointed it at me, and pulled the trigger.

"Debut author Braddock grew up in a tough neighborhood on Chicago's South Side.... The African-American author...starkly relates his encounters with racism in Chicago and in the South. Overall, Braddock's life has been a notably dramatic one, and his trajectory from inauspicious origins to being a leader of soldiers is as gripping as it is inspiring.... Braddock...ably delivers a cinematic tale of personal triumph while also offering an illuminating portal into military culture.” (Kirkus Reviews)

What listeners say about The Stump