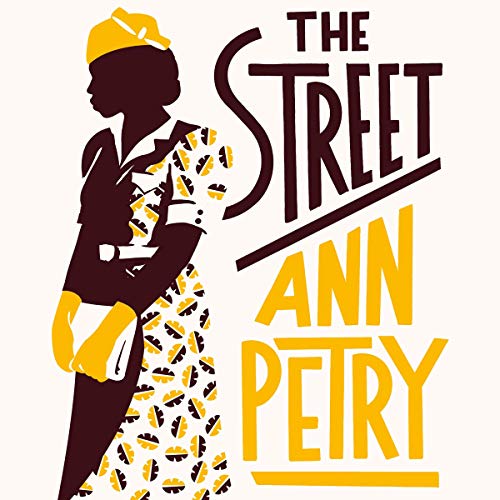 By: Ann Petry
Narrated by: Jeannette Robinson
Try for $0.00

With a new introduction by Tayari Jones, author of An American Marriage and winner of the Women's Prize for Fiction 2019.

New York City, 1940s. In a crumbling tenement in Harlem, Lutie Johnson is determined to build a new life for herself and her eight-year-old boy, Bub - a life that she can be proud of. Having left her unreliable husband, Lutie believes that with hard work and resolve, she can begin again; she has faith in the American dream.

But in her struggle to earn money and raise her son amid the violence, poverty and racial dissonance of her surroundings, Lutie is soon trapped: she is a woman alone, 'too good-looking to be decent', with predators at every turn.

First published in 1946, The Street was a literary event, praised and translated around the world. It sold a staggering 1.5 million copies.

What listeners say about The Street

A heartbreaking, beautifully crafted novel exploring the unrelenting hardship of poverty, race and sexual harassment and yet with the thread of hope continually present - definitely had an impact on me and so glad I found it.

I absolutely loved this story of Luty trying to make a better like for her son Bub in 1940s Harlem. Wonderfully narrated and such a moving and affecting portrayal of the trappings of racism and poverty in New York.

loved it, pure genius I couldn't stop listening. The characters came alive and the intersection between race, poverty, inequalities, gender is handled expertly.

I SO enjoyed this book, it is not a happy story, but it’s riveting, so beautifully narrated you feel the despair and inevitable downward Spiral of Lutie Johnson the main character, the descriptions of the other characters brings them completely to life

A gripping and untold story. Thought provoking and so well read. Highly recommended as an audiobook.