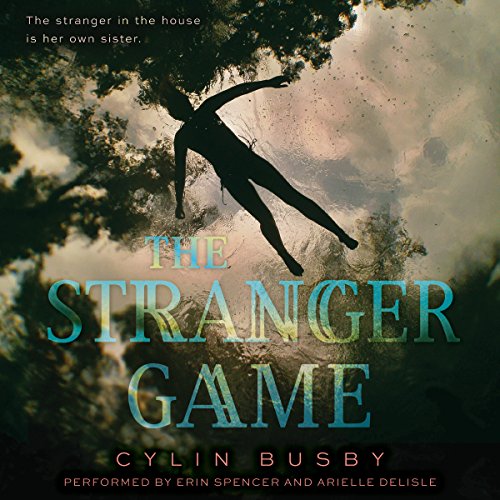 By: Cylin Busby
Narrated by: Erin Spencer,Arielle DeLisle
Try for $0.00

The Stranger Game is a dark, suspenseful, and twisty novel that is Gone Girl for teens. Perfect for fans of Lauren Oliver and E. Lockhart.

When Nico Morris' older sister mysteriously disappears, her parents, family, and friends are devastated. But Nico can never admit what she herself feels: relief at finally being free of Sarah's daily cruelties.

Then the best and worst thing happens: four years later, after dozens of false leads, Sarah is found.

But this girl is much changed from the one Nico knew. She's thin and drawn when Sarah had been golden and athletic; timid and unsure instead of brash and competitive; and, strangest of all, sweet and kind when she had once been mean and abusive. Sarah's retrograde amnesia has caused her to forget almost everything about her life, from small things like the plots of her favorite books and her tennis game to the more critical - where she's been the last four years and what happened at the park on the fateful day she vanished. Despite the happy ending, the dark details of that day continue to haunt Nico, and it becomes clear that more than one person knows the true story of what happened to Sarah.

What listeners say about The Stranger Game

WOW...Ending took me totally by surprise!!!!

Nico's sister Sarah disappeared 4 years ago. Her parents were devastated, but Nico had not determined if she was sad or happy about it. Her sister Sarah was horrible to her. Treated her like crap, always demeaning her. Just an all around mean girl.

Through the years Nico and her parents had been though a lot. Always being called to the Police Station to identify a body, or getting phone calls saying there was a sighting of Sarah. Each time Nico's parents would take her out of school to go with them "just in case" it was Sarah. Life was an emotional roller coaster for Nico and her family.

Then one day, Nico's parents get a phone call that Sarah has been found. When she came home Nico wasn't quite sure what to think. So many things were different about Sarah. Then another roller coaster of emotions come over the whole family again. Nico's mom and dad wouldn't let either of them out of their site, but wanted Sarah to have whatever she wanted. Trying to make up for the 4 years she was gone.

This story is so very interesting. It went in a totally different direction than I thought it would, which surprised me, and I love it when books do that. I am sure others who reviewed this knew how it was going to end, but not me. I was kind of shocked.

I really enjoyed listening to this book. It was a fast listen. I know that sounds funny, but it really was. I hope that if you choose to read it you like it as much as I did. Happy reading!

Source: I bought this audio book for myself. I was not compensated in any way for this review. These are my own PERSONAL thoughts on the book.

Interesting, quick read that had me guessing from beginning to the end. The narration was also excellent.