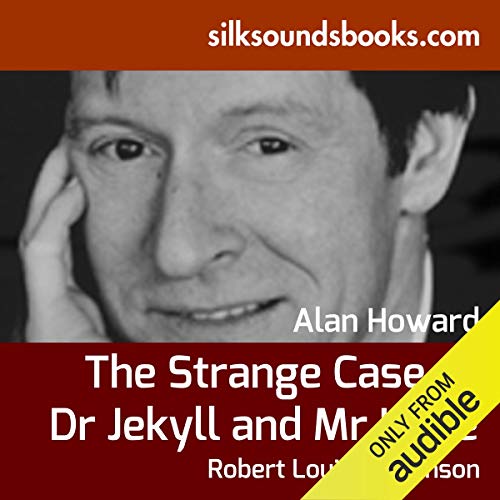 The Strange Case of Dr. Jekyll and Mr. Hyde

By: Robert Louis Stevenson
Narrated by: Alan Howard
Try for $0.00

It was a nightmare from which he was furious to have been woken which triggered Robert Louis Stevenson's most successful and famous work. Having been stirred from what he termed 'a fine bogey tale', Stevenson set about putting his nightmare onto paper.

It reputedly took him only three days to write, but the story of a split personality warring with itself between righteousness and immorality is as much a part of modern thought as it became in 1885. The story of the upright and moral Dr. Jekyll and his horrific and uncontrollable other within has been seen as an allegory for the chronic duality of the Victorian era, with its insistence on outward respectability and its underbelly of vice and exploitation.

History has it that the first draft of the novella was burnt by Stevenson in response to his wife's criticisms, possibly about the explicitly sexual nature of the wild Mr Hyde's nocturnal exploits. The chilling vagueness of the final version's descriptions of his pursuits adds to the Victorian nature of the story as much as to the horror of the man. But the story is much more than a representation of an age. The psychological clarity of Stevenson's examination of human urges and desires as controlled, or not, by concepts of morality lead to his establishment as a major literary figure.

Teamed with the three other unexpected and wittily terrifying stories in this collection, The Strange Case of Dr. Jekyll and Mr. Hyde is likely to send the listener into a short nightmare of their own - one, however, we consider very fine indeed.

What listeners say about The Strange Case of Dr. Jekyll and Mr. Hyde

A brilliant reading of Stevenson's nightmarish tale. There have been so many adaptations of the story that it's hard to recover the shock people must have felt reading it for the first time. Only near the end does the lawyer Utterson discover that Jekyll and Hyde are the same person: until then he tries to piece together the story of what he thinks is blackmail, directed against his valued client Henry Jekyll - Hyde being the blackmailer.

Howard's reading suffers in the last chapter - Jekyll's written confession - by trying to make it a straightforward and unemotional narrative of the facts. But despite this miscalculation, it remains one of the best readings of this fine, haunting tale by the Spinner of Tales.