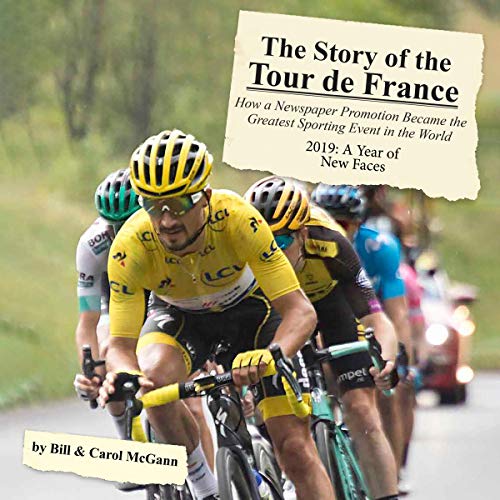 This telling of the 2019 Tour de France is a supplement to our two-volume The Story of the Tour de France: How a Newspaper Promotion Became the Greatest Sporting Event in the World. Volume one told the story of the Tour's origins and each edition of the race from 1903 through 1975.

Volume two picked up the race in 1976 with super-climber Lucien van Impe's victory and took it through 2018 and Welshman Geraint Thomas' 111-second win over Tom Dumoulin.

The 2019 edition was filled with surprises with young riders taking control of the race. Every day had something happen that confounded the experts. The winner did not emerge until Mother Nature surprised everyone in late July with snow and ice. With just three stages to go, mud, hail, and ice on an Alpine road changed everything.

Join us for one of the most interesting and unpredictable editions of the Tour.

What listeners say about The Story of the Tour de France. 2019: A Year of New Faces