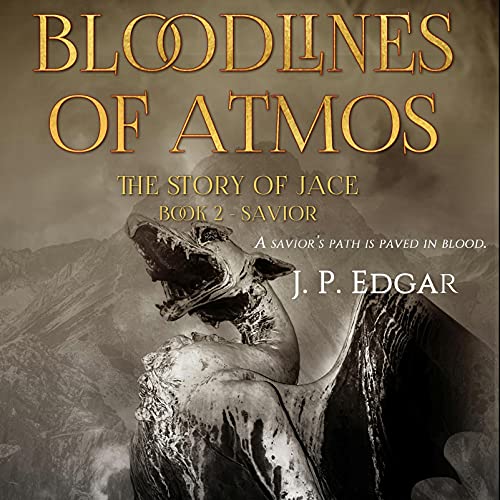 The Story of Jace - Savior

Forced to leave his sister behind when he turned 18, the story of Jace continues after his time in Sanctuary of Orphaned Children. He follows the path he paved to fight for humankind’s survival against the Evolved.

But what can one man do when pitted against magic users, massive stone golems, winged monsters, and other deadly creatures? And if he goes on this dangerous quest, what about his sister? And what about the suspicious activities at the orphanage?

In order to find the truth, he’ll have to call on old favors and see childhood acquaintances. Hopefully, that’ll be enough.

What listeners say about The Story of Jace - Savior

Jack experiences a shock to his worldview

J. P. Edgar continues with Jace's quest to rid the world of demons. We first find Jace as an army recruit in boot camp. I found this section one of the better written ones of the book in that it did a good job of explaining the near sadistic job of a drill sergeant's to strip the recruits of their individuality and then shaping them into a single cohesive force; albeit, Jace being the outlier, of course. Still, it was written well. The story moves forward fairly quickly from his time in the military killing demons to eventually being recruited into into The Order where he continues to seek and destroy demons but gets highly paid for his accomplishments, therein allowing him to bring his genius orphanage hacker friend Brian as his support team.

From there, he continues to excel at demon terminations and, with the help of Brian, he sets out his personal quest to find the others in the orphanage who had befriended him when he was young.

There is lots of exciting conflicts, battles and revelations along the way with the book ending being a devastating shock that shook his emotional foundation. The author's decision to make Jace clueless in the usage of anything remotely hi-tech as well as his continued naivete about his missions and his role in them makes him more of an uninteresting MC.

Jim Schubin performance was good but too often the story would move from one scene to the next with no chapter break or lead-in preparing the listener of the scene change which gave those sections an unpolished experience.