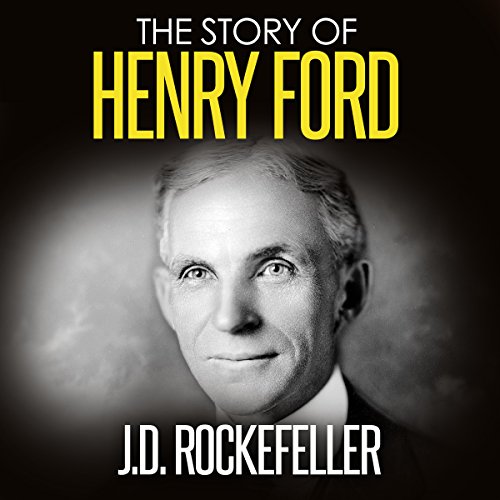 The Story of Henry Ford

The Story of Henry Ford

Born on July 30, 1863, the American industrialist Henry Ford was the founder of the Ford Motor Company. Henry Ford did not invent the automobile, but he was definitely the one who made it possible for a middle class American to buy one.

Ford became one of the richest men in the world, thanks to the success and profit of Ford Motor Company. He created the Ford Model T car in 1908 and made good use of the assembly line mode of production to mass produce an inexpensive car, a method which is often known as Fordism. He sold millions of cars to the common American consumer and had a lasting impact on infrastructure and technological development in the US.

In this book, we will take a look at how Henry Ford became one of the richest persons in the entire world and how he revolutionized industry by developing assembly line production.

Would you listen to The Story of Henry Ford again? Why?

Would definitely read again; it was short and gave a good overview of how he created his empire.

If you’ve listened to books by J. D. Rockefeller before, how does this one compare?

I haven't but would like to listen to more

What about Thomas M. Hatting’s performance did you like?

It was clear to understand and had some emotion in it.

I learned a lot that i didn't know about Ford and his businesses.