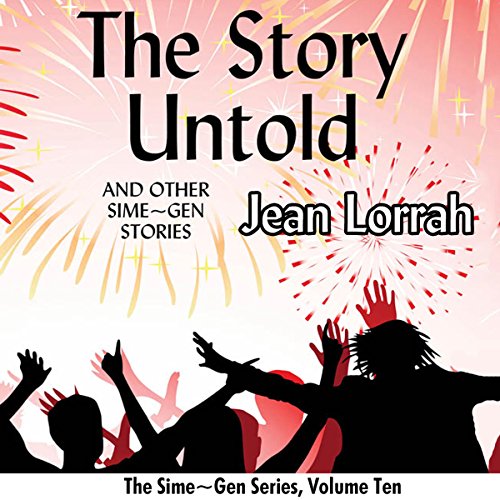 By: Jean Lorrah
Narrated by: Tantor Studios
Try for $0.00

Tonyo Logan and Zhag Paget are the stuff of legend. Their music is the soundtrack of the turbulent period after the signing of the Unity Treaty, when Simes and Gens must figure out how to live as their leaders have decided - together! When from time immemorial Simes have killed Gens in order to live, and Gens have murdered Simes to keep from being killed, how can they change literally overnight? And how can music help?

The three stories told here span the first 15 years of Zhag and Tonyo's partnership, from their beginnings as starving musicians to their heyday as international superstars, a supreme example of the creativity that happens when Sime and Gen work together. But theirs is also a personal story of tragedy and triumph, and the scars left by growing up in an insane world poised on the brink of destroying itself.

A series of Short Stories but like a TV Miniseries

What made the experience of listening to The Story Untold and Other Sime~Gen Stories the most enjoyable?

These are stories about down-and-out musicians to team up and triumph. It's uplifting, and joyful -- not a Romance, true, but happiness pulled out of the doldrums.

What other book might you compare The Story Untold and Other Sime~Gen Stories to and why?

This is the 10th in the Sime~Gen Universe, and introduces new characters in a new situation. It, and TO KISS OR TO KILL (which is a Romance), involve the same set of characters in the same time and place, during and right after the end of ZELEROD'S DOOM but a continent away from that action.

What does Tantor Studios bring to the story that you wouldn’t experience if you just read the book?

The characters are "read" or interpreted in ways I wouldn't have expected, so it was an instructive adventure to listen to this recording.

The best part was knowing where these events fit into and behind TO KISS OR TO KILL by Jean Lorrah. That is also available on audible.com

House of Zeor and Unto Zeor, Forever (both on audible.com now) are great places to leap into the world of Sime~Gen, while the later books build on those early events, all forming a platform for the later space adventure era.