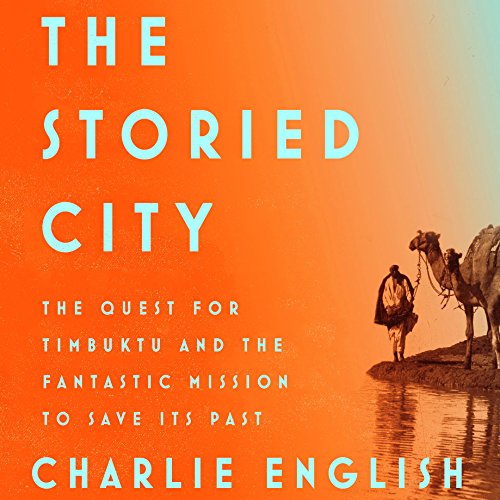 By: Charlie English
Narrated by: Enn Reitel
Try for $0.00

To Westerners, the name Timbuktu long conjured a tantalizing paradise, an African El Dorado where even the slaves wore gold. Beginning in the late 18th century, a series of explorers gripped by the fever for "discovery" tried repeatedly to reach the fabled city. But one expedition after another went disastrously awry, succumbing to attack, the climate, and disease.

Timbuktu was rich in another way, too. A medieval center of learning, it was home to tens of thousands - according to some, hundreds of thousands - of ancient manuscripts on subjects ranging from religion to poetry, law to history, pharmacology, and astronomy. When al-Qaeda-linked jihadists surged across Mali in 2012, threatening the existence of these precious documents, a remarkable thing happened: a team of librarians and archivists joined forces to spirit the manuscripts into hiding.

Relying on extensive research and firsthand reporting, Charlie English expertly twines these two suspenseful strands into a fraught and fascinating account of one of the planet's extraordinary places and the myths from which it has become inseparable.

“[Charlie English] reconstruct[s] vivid scenes.... A classic nonfiction braid…fits perfectly into ongoing narrative of Timbuktu, a place where the magnificence of the tale can occlude the plain fact of what’s there.” (New York Times Book Review)

"Thrilling...English tells the new and the older tales in parallel.... The two stories illuminate each other... a brilliant device." (The Economist)

What listeners say about The Storied City

Notes are a waste of time

As often happens at the end of some books, the ending affects how you look at it. I didn't think it was odd that there are long chapters at the beginning of the book and short ones at the end. After reaching chapter 21, that was when a recitation of the notes began. Who thought it was a good idea for this book to do that? They don't make any sense unless you have a computer-like memory and remember what the notes mean for passages you listened to three weeks ago. Every review of this book should start with this caveat about 1.5 hours of notes at the end. There was 12 hours of a fine audiobook to begin for which credit is deserved but no more than three stars for how it ended