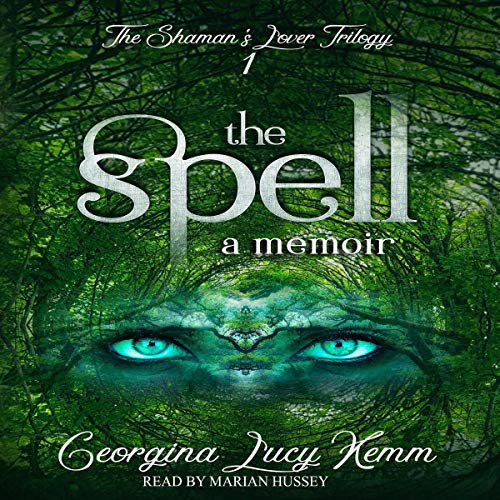 By: Georgina Lucy Kemm
Narrated by: Marian Hussey
Try for $0.00

An Amazon number one best seller!

What are you willing to risk to become who you really are?

As Georgina's life faces a disastrous implosion, her best friend, Sandy, invites her to a healing center deep in the Peruvian Amazon where she naively enters into the mysterious world of ayahuasca - a potent visionary plant medicine also known as the "vine of the soul". Magical journeys and other-worldly adventures submerge her into the shadow world where she discovers her demons and uncovers the lie she has been living. Just as she begins to reconnect with the divine, Georgina meets with an unexpected twist of fate, when the healing center's shaman casts a powerful enchantment on her. In order to unbind herself, she must face her past and strip away an imprisonment that is not only hers but shared by women worldwide.

Travel with Georgina as she takes you into an extraordinary reality. The Spell, book one of The Shaman's Lover Trilogy is a mesmerizing memoir about healing the "Wounded Feminine" and embodying the "Divine Feminine". This personal account will inspire women to free themselves from the patriarchal program of shame, guilt, and low self-worth and awaken to their power, radiance, and beauty. Join Georgina and an unforgettable cast of characters as she takes you on a journey of magic and paradoxically, what it means to be ordinarily human.

What listeners say about The Spell

Georgina leads us into the sacred mystical world of mother Ayahuasca with precise descriptions. Her emotional explanation of her state of mind thru those years of discoveries is priceless. Her ultimate act of despair induced by this universal lack of self love will bring her back to the heart of the Amazon guided by her higher self. Cant wait to read the next volume. Thank you for sharing your truth without any restrictions.