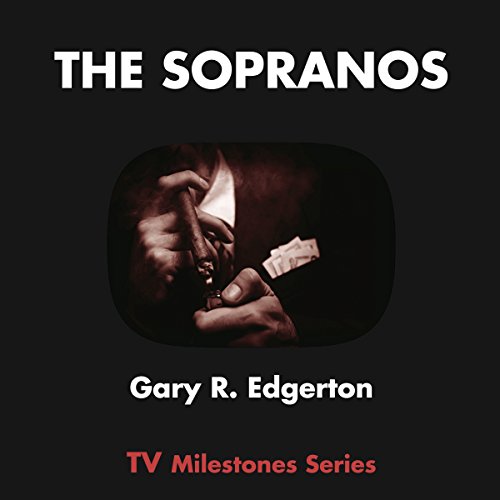 By: Gary R. Edgerton
Narrated by: Chris Brinkley
Try for $0.00

From its premiere in 1999, The Sopranos captivated viewers with its easily relatable protagonist who has troubles at work and home, and went on to be one of the most critically successful shows in television history. By demonstrating that TV could be at once artistic and profitable, complex and engaging, edifying and entertaining, the series also redefined the prime-time drama. In this volume, author Gary R. Edgerton delves into the entire run of The Sopranos, integrating the existing scholarly literature, while also going much further than any previous source in exploring the series' innovations and legacy.

The Sopranos is widely recognized in both popular and scholarly literature as a turning point in the history and development of TV. Fans who want to learn more about the show and scholars of television history will enjoy this entertaining and educational volume.

What listeners say about The Sopranos

Sopranos fans will love it

This got interesting too late, and didn't discuss the characters and their actions / show mile stones enough.

There's room for another analysis of the soprano show in the marketplace.