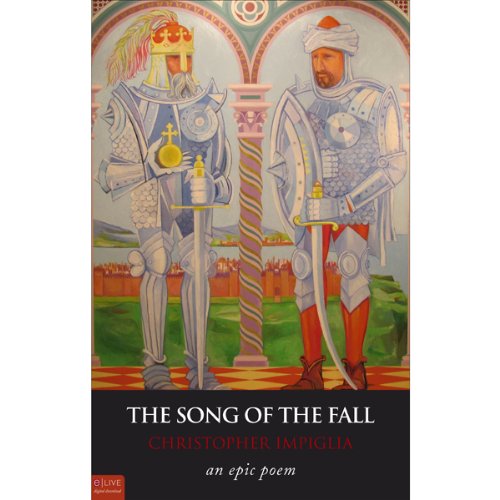 The Song of the Fall

The Song of the Fall

Constantinople, the highest glory of the Christian world, would fall to the pagans, but its greatest moment would never die. For I shall tell of it, and it will always last. The year is 1453. Constantinople, the capital of the eastern half of the Roman Empire, faces the threat of destruction. At its gates are the armies of Mehmet II, Sultan of the Ottoman Empire, who brings with him evidence of modern warfare—the great cannons which batter the ancient walls, breached only once before in their long past. Both sides pray fervently for strength, favor, and ultimately victory, knowing full well that in order for one to win, the other must fall. In bold, elegant verse, The Song of the Fall tells of the struggle between Constantine and Mehmet, Christianity and Islam, tradition and modernity, and the inner toil with faith. The Song of the Fall is a historically accurate epic poem following in the custom of such masterpieces as the Iliad. Extensively researched and masterfully written, it immortalizes the heroes of this pivotal battle, presents invaluable historical insight, and celebrates the enduring literary genre to which it belongs.