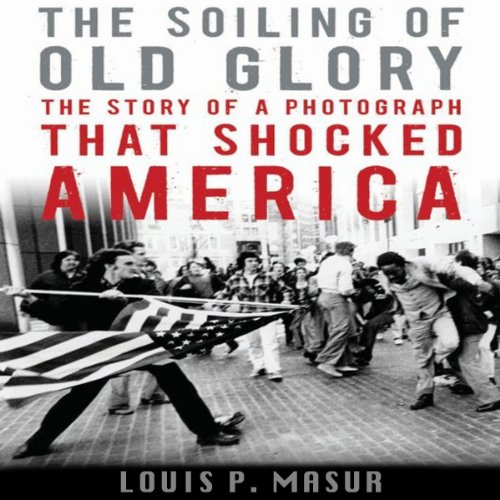 The Soiling of Old Glory

The Story of a Photograph That Shocked America
By: Louis P. Masur
Narrated by: Kevin Young
Length: 6 hrs and 44 mins
Categories: History, American
5 out of 5 stars 5.0 (1 rating)

The Soiling of Old Glory

Sometimes a moment can change history. This one took 1/250th of a second.

The photograph strikes us with visceral force, even years after the instant it captured. A white man, rage written on his face, lunges to spear a black man who is being held by another white. The assailant’s weapon is the American flag. Boston, April 5, 1976: As the city simmered with racial tension over forced school busing, newsman Stanley Forman hurried to City Hall to photograph that day’s protest, arriving just in time to snap the image that his editor would title "The Soiling of Old Glory". The photo made headlines across the U.S. and won Forman his second Pulitzer Prize. It shocked Boston, and America: Racial strife had not only not ended with the 1960s, it was alive and well in the cradle of liberty.

Louis P. Masur’s evocative "biography of a photograph" unpacks this arresting image in a tour de force of historical writing. He examines the power of photography and the meaning of the flag, asking why this one picture had so much impact. Most poignantly, Masur recreates the moment and its aftermath, drawing on extensive interviews with Forman and the figures in the photo to reveal not just how the incident happened, but how it changed the lives of the men in it. The Soiling of Old Glory, like the photograph it is named for, offers a dramatic window onto the turbulence of the 1970s and race relations in America.