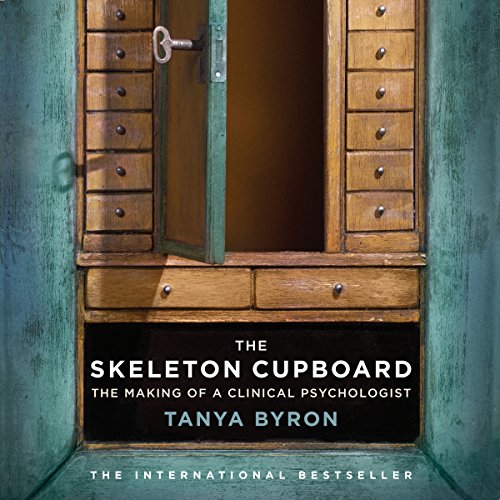 By: Tanya Byron
Narrated by: Imogen Church
Try for $0.00

In my session with Imogen, the words were still not coming. I had to move past my own frustration and relax. But it is very hard to relax when you are looking into the eyes of a mute little girl who wants to be dead. You don't want to relax; you want to pull her into your arms, hold her, and then shake her until she tells you why. You long to say, "Why do you want to die? You're twelve years old."

Gripping, unforgettable, and deeply affecting, The Skeleton Cupboard recounts the patient stories that most influenced Dr. Tanya Byron, covering years of training that forced her to confront the harsh realities of the lives of her patients and the demons of her own family history. Among others we meet Ray, a violent sociopath desperate to be treated with tenderness and compassion; Mollie, a talented teenager intent on starving herself; and Imogen, a 12-year-old so haunted by a secret that she's intent on killing herself.

Byron brings the reader along as she uncovers the reasons all of these individuals behave as they do, resulting in a thrilling, compulsively listenable medical mystery that sheds light on mental illness and what its treatment tells us about ourselves.

What listeners say about The Skeleton Cupboard

What an incredible book! So insightful. It really shines a much needed light on mental health, and offers a new way to look at those who struggle with it, and even a new way to look at ourselves. Absolutely fascinating. The narrator was fantastic also, giving so much life to the characters. I really feel that five stars is an understatement!