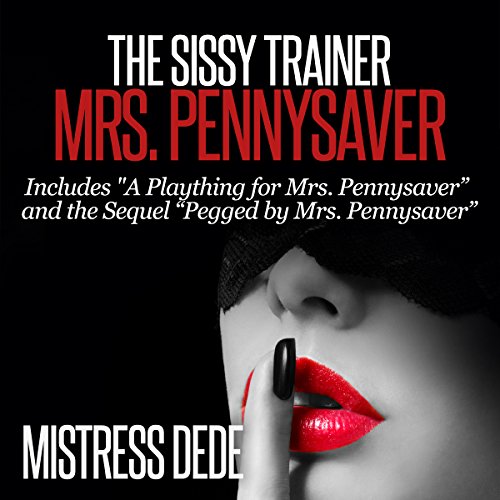 "A Plaything for Mrs. Pennysaver"

After the economy tanks, Nathan Stone needs money fast. When mysterious billionaire Percival Pennysaver passes away, his widow, Mrs. Pennysaver, puts out an ad for a cleaning contractor in her dearly departed's obituary. With few options left, maxed out and desperate for any job, Nathan takes a day trip to the splendidly Gothic estate of the Pennysavers. An open door eagerly invites him in, and the stunning Mrs. Pennysaver greets him in her smooth and silky black kimono, with her flaming-scarlet hair pinned up in elaborate curls. She offers him a cool, refreshing drink, and right away he's hooked. But when he makes an awful mess, he begs her for pity. Mrs. Pennysaver gives Nathan a second chance but only if he begs her for mercy and submits to her will.

On the eve of the annual Midnight Masquerade, Nathan finds himself starving for hot affection. Suddenly he is caught red-handed in a compromising position, feverishly sniffing his mistress' soiled panties. In this scorchingly kinky tale, Nathan learns another lesson--not to touch his mistress' nice, lacy things. And she won't let it go easily. Mrs. Pennysaver gets what she wants, and she's going to train her butch sex slave how to behave like a proper sissy!