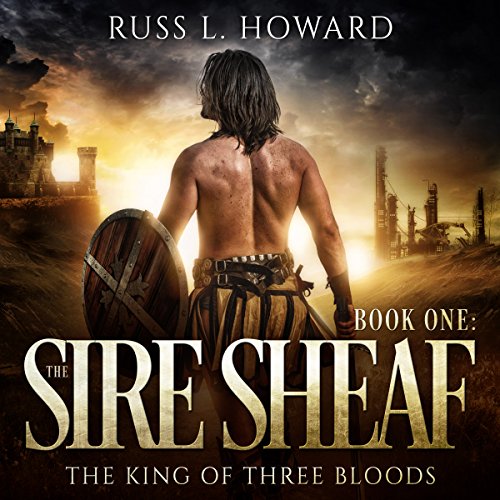 Five hundred years into the future, America is a very different place. Civilization has collapsed under a barrage of burning stars and earth-changes that have leveled the cities of the world. Social upheavals and ethnic cleansing have given rise to two diametrically opposed cultures, one built on the goal of total acquisition through aggression, the other founded on ensuring the health and welfare of a free society.

Sur Sceaf’s sole intent is to fulfill his commission by uniting three disparate tribes in fending off an oppressive trans-human empire that has no challengers.

He is not seeking a wife when he runs into the daughter of Chief Onamingo, whose approval is essential to the union of the Free Peoples. Yet, he finds himself embroiled in a jealous conflict with her ex-lover that could threaten the alliance.

Can Sur Sceaf overcome the prejudices of the various tribes to unite them under one confederation, or have the tentacles of the empire spread so far that it is impossible?

This audiobook sets the foundation for the Great War to come, a struggle wrought with dangers of inhuman proportions. The conflict will cross over the barriers of this world and clash with other entities and times. Welcome to a heathen feast.

What listeners say about The Sire Sheaf

Everything an epic should be and that a reader hopes for!!!

Romance, diversity, pulling together against an evil force by combining cultures for the greater good, complexity of relationships, navigating differences, fighting for “cock of the rock” and more!!!

The story is relatable and holds universal and lasting appeal!!!