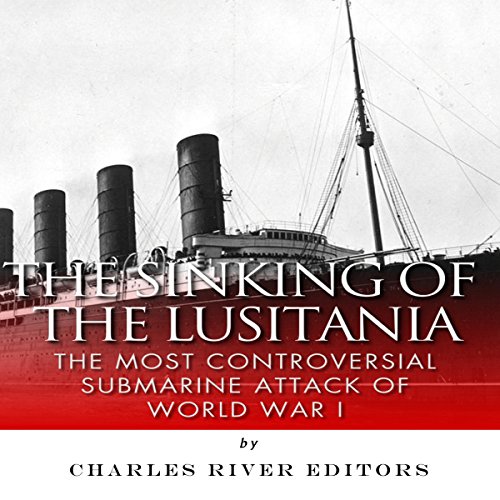 The Sinking of the Lusitania: The Most Controversial Submarine Attack of World War I

In 1906 the RMS Lusitania was at the forefront of transatlantic shipping. Briefly the largest ship in the world, the designers and engineers who built the Lusitania aimed for her to represent the height of luxury for passengers while also being the harbinger of a new technological age, replete with revolutionary engines that would allow the gigantic ship to move at speeds that would have been considered impossible just years earlier. Indeed the highly competitive industry would spur the development of bigger and better ocean liners in the coming years, the most famous being the Titanic.

The Lusitania and the Titanic would become the two most famous ships of the early 20th century for tragic reasons, but the circumstances could not have been more different. While the Titanic is still notorious for being the world's best ocean liner at the time of its collision with an iceberg in 1912, the Lusitania's role as a popular ocean liner has been almost completely obscured by the nature of its sinking by a German U-boat in 1915. The Germans aimed to disrupt trade by the Allied forces, but they did not have the naval forces capable of seizing merchant ships and detaining them. Furthermore the Germans rightly suspected that the British and Americans were using passenger liners and merchant ships to smuggle weaponry across the Atlantic, but since their sole edge in the Atlantic was their fleet of submarines, the Germans had no way of confirming their suspicions short of sinking a ship and seeing if a detonation onboard suggested the presence of munitions and gunpowder.

What listeners say about The Sinking of the Lusitania: The Most Controversial Submarine Attack of World War I

This was more like a short magazine article. Not worth 15 dollars. I would not recommend