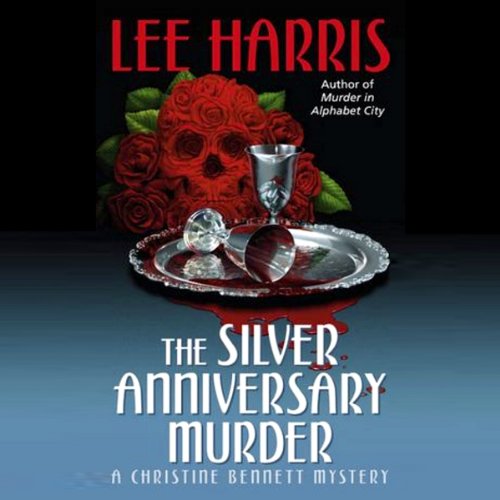 By: Lee Harris
Narrated by: Dee Macalouso
Try for $0.00

A phone call warning Christine Bennett that a body will be found is traced to the apartment of an attractive couple about to celebrate their 25th wedding anniversary.... Listen to The Silver Anniversary Murder to find out more!

What listeners say about The Silver Anniversary Murder

I have never written a review before, but felt compelled to write one now. Stopped reading after two chapters as the narrator ground on my nerves. I don't know if she had a cold or if her natural voice is so nasal.
I gave one star but the performance is a gimme. Too bad because the story had promise.

Double Homicide and 25 Years of Secrets

This series just gets better and better. I will hate for it to end. I’ve grown to love and respect ex-nun, Christine Bennett Brooks, turned wife, mother and crime investigator. And her little family, son, Eddie, and husband, Jack . . . and the sisters from St. Stephen’s Convent, who also count as family, Sister Joseph, Christine’s spiritual mentor, Sister Angela, Sister Delores (who makes good cookies, but according to five-year old, Eddie, kisses him too much 😊). This book, centered on a double murder, which took place on the couple’s 25th anniversary, is very interesting . . . and puzzling. With little to go on, following a mysterious phone call, Chris almost leaves the case to the police, but keeps getting pulled back in by various clues and also by the lack of interest by the police. As she untangles the tightly wound ball of knotted string, layer by layer of years of secrets begin to be revealed. The couple’s grown daughter, Ariana, and Christine, together work to find out why the couple was murdered. I can NEVER figure out the killer in these mysteries. Great book and satisfying resolution.

WONDERFUL CHARACTERS AND LOTS OF MYSTERY. WELL WORTH THE CREDIT. YOU WILL ENJOY THIS BOOK .