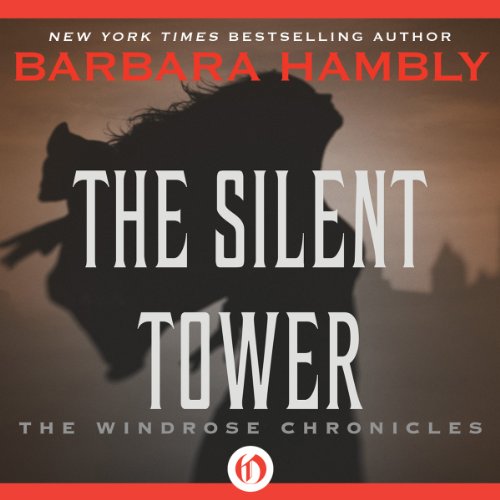 By: Barbara Hambly
Narrated by: Nicole Poole
Try for $0.00

A wizard and a computer programmer from opposite sides of an interdimensional portal must work together to save their worlds from destruction....

In a world where wizards are relegated to ghettos, it is no surprise to see one murdered in the street. But for Stonne Caris, a young warrior monk who sees the killing and gives chase to the culprit, there is nothing ordinary about seeing a murderer disappear into a black, inky portal. The Archmage sends him in search of Antryg Windrose - a half-mad mage who understands the nature of these passages between dimensions.

On the other side of the Void is Joanna, a programmer as mild as Caris is deadly. She has spent her life in cubicles, staring into computer terminals, as far from heroism as she can get. But when the power that is crossing between dimensions draws her through the Void, she finds herself battling to save a world she never even knew existed.

What listeners say about The Silent Tower

I first read these tech/magic crossover books as a teen in the 80's, but it still translates quite well. While the computer tech is a bit dated, those of us who grew up in the dawn of the computer age can still appreciate it, and it's a minor aspect of these mostly-fantasy/mystery books anyway. Great character development, and a very good mystery plotline to pull it all together. Don't expect a tremendous amount of detail in the workings of magic in her universe, but what there is holds together very well. Well worth the read.

Barbara Hambly has published works in almost every genre of fiction---and the Windrose Chronicles is one of her best series. In fact, I have been waiting for this series since I first started listening to audiobooks years ago.

Originally written in 1986, the series fetures Antryg Windrose, a renegade wizard who has been held prisoner by the Council of Mages and the Church in Ferryth. Antryg is locked in the Silent Tower where he cannot use any of his magic powers---and he is insane. One of his powers was his ability to open the Void and travel to other worlds. The Archmage, Salteris, and his sassenna, Stonne Caris (also his nephew) travel to the Silent Tower to question Antryg about recent disturbances in the Void. But Antryg manages to escape, Salteris disappears, and Caris follows Antryg through the Void to recapture him.

Joanna Sheraton is a computer programmer in Los Angeles who lives a fairly solitary life. She was attacked in her office while working late one night by someone wearing robes and using a candle for light. After encountering Antryg at a party hosted by her sometime boyfriend Gary, she is kidnapped by Antryg and taken to Ferryth, still pursued by Caris.

Antryg, Joanna, and Caris travel through Ferryth, searching for evidence of Suraklin, an executed evil wizard, and Antryg's former master. Along the way they are pursued by officials of the Church, the Mages, and the Prince Regent who all want Antryg dead or recaptured. Strange disturbances continue to occur, including periods of where all magic seems to disappear. Antryg is convinced that the dead Suraklin is somehow behind these events, the disturbances in the Void, and the rise of Abominations across the countryside.

Be aware that this is a twenty-something year old book which features a computer programmer. While the references to DOS programming, dot matrix printers, etc., were cutting edge then, they will seem very simplistic now. In spite of that, the story is excellent and overcomes the "old-school" computer information. Hambly's characters and plots are first-rate and really deserve a listen.

Story was okay but the narrator made it hard hard to stay interested. the monotonous voice tended to put me to sleep.

I read this book years ago, and loved re-vistiting it through audio! definitely a great story!
The technology of our world is a little dated, but the magic of the other world is realistic and relatable, the prose is similar to that of a gothic horror novel, and the story has strong action all throughout.
I highly recommend this audiobook!

After more than sixty years of avid reading ... of being an inveterate reader ... it's WONDERFUL to find that some of the old-time masterworks still exist.

It's been thirty-four years since first I read this book. Longer than most people's careers. The story of the mixing of two worlds ... our world, and a world in a different universe, where magic ... TRUE magic ... despite that worlds quest for technological advancement ... really exists.

And despite the ONE unfortunate aspect of this recording--a nearly inaudible high pitched whine that permeates the entire book--this work is still as good as I remember it from more than thirty years ago. And now it is available in a format that adds the aspect of old-time radio to modern books--where one has a disembodied voice TELL us a story.

If fantasy has any appeal to you, and you are unfamiliar with Barbara Hambly, then you are in for a treat. In this day and age, when the work of self-published authors, (a LOT of ot trash ... just real garbage ...) makes it to public availability, Barbara Hambly is one of those paragons of SciFi/Fantasy that truly DEFINES these genre's ... that gives them the appeal that they possess ... the appeal that makes them WORTH YOUR TIME to listen to. Most of her work is Real Artistry (when was the last time YOU ever used the word "necrotic" in a sentence?) ... and NOT like most of what we most unfortunately bear witness to in this modern age of self publishing. You know ... there's a valid reason why editorial efforts and publishing houses exist. Part of it is to week out some of that trash.

Oops ... my apologies ... this recording has TWO unfortunate problems ... the second of which is the unprofessional nature of the narrator. Despite years of complaining, I STILL find narrators that egregiously mispronounce words that they are unfamiliar with. This book is not what I would call RIFE with these mispronunciations, but they do exist. Not perhaps enough to ruin the book, but they DO detract from it in my opinion. I find mispronunciations to be extremely irritating. It is a professional narrators job to pronounce these words and to do it correctly. If I can find out how to pronounce a word that I am not certain of in less than 20 seconds, then narrators can do so too. But do they? Noooo ... and NO ONE is willing to do the first stinking thing about it. Oh well ... just live with them, like I do, and don't let the few mispronunciations scare you away from this author.

I enjoy Barbara Hambly's writings, but especially these characters. Entry is an absolute all-time favorite. Ms Poole does a wonderful job breathing life into the story. An excellent listen.

This fantasy is set in two universes: a fictional kingdom of swords and mages where magic is alive and well, and California of the 1980s. The characters, some from each world, are compelling and the twists in the story are excellent.

Be aware that this is the start of a series and the author definitely wants you to buy the next book...

The narration, unfortunately, was very slow and dull. Speeding your reader to 1.25X works better, but still not great. There was some questionable pronunciations, too. I will not continue this series if it's read by the same narrator.

Where does The Silent Tower rank among all the audiobooks you’ve listened to so far?

One of the top five books I like to reread. Now that it is finally an audiobook, I'll be listening to it again and again. Time and again, I fall for the characters and have to read this and its two companions (The Silicon Mage and The Dog Wizard) to find out what happens to them...

What was one of the most memorable moments of The Silent Tower?

Early in the book and before we know what is going on, the terrified heroine (who is all alone at work in the middle of the night) locks herself in a broom closet because a black hole has opened in the corridor ahead of her -- and then something tries the doorknob. The hair on my arms always rises when I read that scene. There are better scenes later on, but that would spoil the story for you.

Which character – as performed by Nicole Poole – was your favorite?

I love Antryg Windrose, but I want to be Joanna. She sees herself as shy, but she also rises to the occasion when necessary. What would you do if you were kidnapped to another universe? Joanne doesn't curl up and die, like I would.

Yes. Everyone else had to wait for me to pause the exciting story before I would listen to their humdrum dialogue.

If you like this book, you should listen to the other 2 books in the trilogy, Silicon Mage and Dog Wizard. Stranger at the Wedding is also entertaining and is set in the same universe, but it doesn't include any of the main Windrose characters. And in a similar vein, Barbara Hambly's The Time of the Dark is also wizards and California visitors and not to be missed!

The narration of this book is horrible! I wouldn't have continued to listen to it if I wasn't a fan of Barbara Hambly. I also almost couldn't get through it because the narration was so bad it was hard to follow. I only got the top level story because of it. This book is also fairly dated, because the protagonist is a computer expert and the computer is an old IBM mainframe in which you have to use DOS commands to run it. I'm not rating the story, because after listening to it with the bad narration I just don't feel I can honestly review it. I would pass on this one.

Narrated by a real person

The best narrator I’ve found so far. A real person who reads in a very natural way, varying the tone and speed, and following punctuation. If you don’t know this trilogy already I highly recommend it.

Narrator set my teeth on edge

I love these books. It's a pity the narrator had me gritting my teeth to get through the first chapter. I found her timing, emphasis, and intonation completely inappropriate for the sections she was reading.