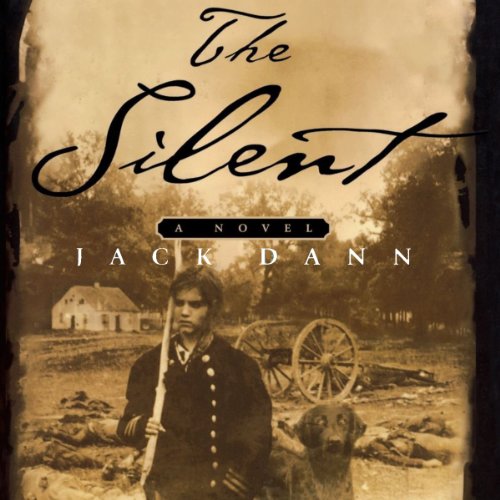 By: Jack Dann
Narrated by: Christopher Kipiniak
Try for $0.00

From the critically acclaimed author of The Memory Cathedral comes perhaps the most powerful, haunting, and unforgettable novel of the Civil War - or any war - ever written. Provocative, poetic, and disturbing, it introduces us to a young narrator, Mundy McDowell, whose voice rivals any in literature, bringing poignantly to life the surreal horrors of battle and its spiritual cost to human survival.I was scarce twelve the day the damn Yankees invaded the valley. I seen a lot that day I ain't never gonna forget.

Men blown apart, screamin' and dyin' all around me. I was wandering in the woods like I wasn't supposed to and wound up right in the middle of the battle. And that's what I suppose saved me.When I got back home the main house was burning to the ground. I saw two men wearin' bits and pieces of 'Federate and Yank uniforms. They killed Poppa right off, and Mother they dragged into the front yard before they killed her too. I reckon that was the day I first got the knack of being invisible.

The spirit dog seen me right off, though. He was big and black and smelled like burning. His eyes were like red coals and everywhere he went, it seemed death followed. Him and me, we mostly traveled together after that.

I passed through midnight fields of dead and dying soldiers, reeking makeshift field hospitals worse than hell itself; climbed into the mountains where the runaway slaves hid; and walked through towns shattered by the passage of the war.

I met a lot of people, some of them living and some of them just memories. There was Jimmadasin, the slave who died on my account, and Mammy Jack, who taught me to see visions; the gallant Colonel Ashby, who let me ride by his side, and, of course, the mulatto whore Lucy, who saved my life twice.

Last but not least, there was mad but brilliant General Jackson, who was probably responsible for putting more men in their graves than any other during the Shenandoah campaign. Whether he was a hero or a demon I never did determine, but I wish I had never met him at all.

And through it all I remained silent. The power of speech left me the day my parents were killed and I first saw the spirit dog. You see, the whole time I was wandering through that valley of death I was deciding on whether to go back to being human or to become a spirit myself, and that's what this book is all about.

What listeners say about The Silent