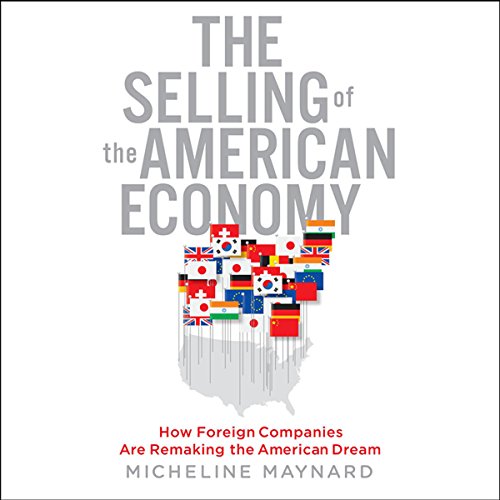 The Selling of the American Economy

The Selling of the American Economy

Today, many Americans regard globalization as a significant threat to our work force, and to our very way of life. As unemployment soars, the automotive and manufacturing industries crumble, countless jobs continue to ship overseas, and the retail sector faces the worst slump in decades, cries of "Buy American" have grown louder and louder. But at a time when an Italian company has bailed out one of our most iconic automakers; a French-German consortium is closing in on a multibillion dollar military contract; companies based around the world are stocking our grocery aisles; and the assets of some of our most venerable financial institutions have been stripped down and bought up by banks from Hong Kong and London, what does "Buy American" mean any more?

Is the influence that foreign companies are exerting on our economy making us more competitive in the global marketplace, or less? Creating jobs for Americans, or importing their own workforces? A threat to our national security, or are they bringing us technology that makes us safer? When they open factories here, are they siphoning money from our economy, or bolstering it? Are we selling our economy to the highest bidder?

Micheline Maynard, New York Times senior business correspondent, argues that foreign investments are actually an overwhelmingly positive force, creating thousands of jobs, pumping billions of dollars into national and local economies, reinvigorating communities, fostering innovation and diversity in the marketplace, and teaching Americans new ways to live and work. In this compelling narrative, Maynard paints a fascinating portrait of the paradigm shift that is transforming the American economy - and remaking the American dream.