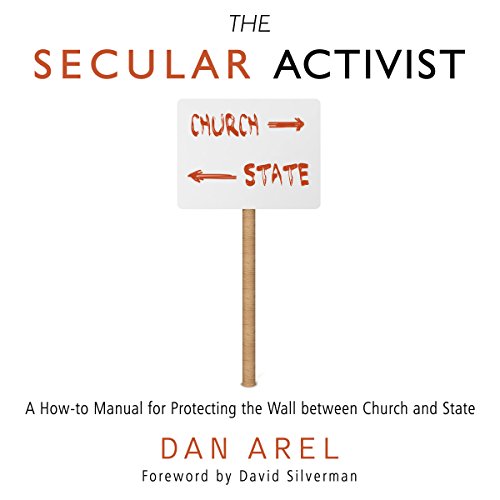 By: Dan Arel
Narrated by: David Smalley,David Silverman
Try for $0.00

Are you interested in preserving the constitutional principle of church-state separation? Do you think a secular system is the only way to ensure freedom of religion and conscience for all? Do you want creationism out of classrooms, religious dogma out of health care, sectarian prayers out of government meetings, and taxpayer funding out of "faith-based" initiatives and programs that promote religious indoctrination? Think there's not much you can do about it? If so, as secular writer and activist Dan Arel demonstrates in word and deed, think again.

Drawing on his experience in fighting to keep $18 million in taxpayer money out of the construction of the Noah's Ark theme park in Kentucky, Arel makes it clear that the only way to stop the religious right's assault on the wall separating church and state is for each of us to be active and vocal. He offers pragmatic lessons and guidance for protecting secularism, whether by raising awareness on social media, protesting in the public square, or knocking on doors in government corridors. Sharing not only his story but also the stories of other secular activists, he offers an inspirational and forceful call to action. For those who are waiting for others to stand up against antisecular forces, he reminds us that each of us can make an individual difference - and that ultimately we must be the wall separating church and state.

What listeners say about The Secular Activist

I enjoyed this book and it's advice on getting involved. It is to the point and interesting.

An excellent mix of personal story and educational inspiration from someone I am privelidged to have spent time and shared information with.