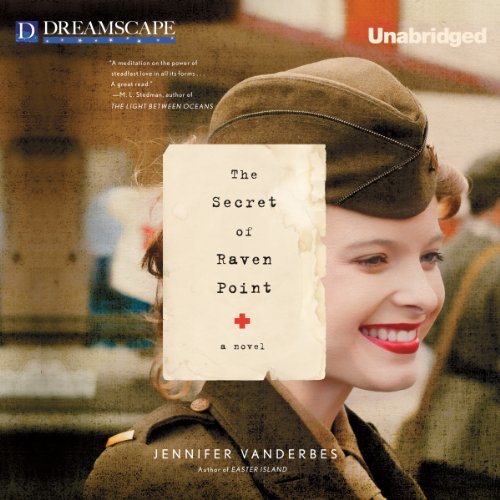 The Secret of Raven Point

The Secret of Raven Point

1943: When seventeen-year-old Juliet Dufresne receives a cryptic letter from her enlisted older brother pleading for help, and then finds out he's been reported missing overseas, she lies about her age and volunteers as an army nurse to find him. Juliet is thrust into the bloody chaos of a field hospital, where she is increasingly consumed by the plight of her patients. One in particular, Christopher Barnaby, a deserter awaiting court martial, may hold the answer to her brother's fate - but the trauma of war has left him unable to speak. Juliet works with psychiatrist Henry Willard to heal Barnaby before the authorities take him away. Juliet and Willard are forced to plumb the moral nuances of a so-called just war, and to face the dangers of their own deepening connection.

Starred Review. "A touching tale of a sister's love for her brother, but the underlying themes are much deeper. Readers will fall in love with the delightful Juliet, who is a smart and courageous heroine, and other hospital workers as they form friendships and struggle to accept tragedy and loss while treating their patients' physical and mental wounds... The only disappointing thing about this book is that it has to end." - Library Journal
"Part mystery, part coming-of-age tale, part World War II novel, Vanderbes's...moving latest...is an empathetic, oblique take on the layers of damage done during war...Unusual and affecting." - Kirkus Reviews
"The Secret of Raven Point is that rare book that reminds us of the deep, immersive pleasures of novel-reading: of getting lost in a story, of being transported to another time and place, of growing so attached to characters that they feel as present and real as one's own friends. Jennifer Vanderbes takes a harrowing but little-known chapter from WWII history and through her compassionate and brilliant rendering, transforms it into a story that is urgent, personal, and profoundly moving." - Sarah Shun-lien Bynum, National Book Award-Nominated author of Madeleine is Sleeping
"The Secret of Raven Point draws the reader in with evocative period drama and a rich emotional portrait of its heroine. An arresting, exciting journey of discovery from an extremely talented author." - Matthew Pearl, author of The Technologists and The Dante Club
"The Secret of Raven Point is a subtle evocation of war and loss, which Jennifer Vanderbes - with extraordinary cleverness and restraint - explores slantwise, the story coming visible through its glimmering contours, like an embossing on fine paper or an impression in snow." - Lauren Groff, author of Arcadia
"The Secret of Raven Point is about piecing together meaning in lives and minds shattered by war. It's a meditation on the power of steadfast love in all its forms - romantic, fraternal, platonic, even divine - to restore wholeness out of chaos, and light out of unspeakable darkness. Jennifer Vanderbes gives us characters we care about and a story we believe in an engrossing novel that brings home the particularity of war. A moving tribute to a generation of men and women whose stories, and whose lives, for the most part are now lost to us, it's a great read." - M.L. Stedman, author of The Light Between Oceans
"Jennifer Vanderbes' The Secret of Raven Point should do for war-era Italy what Hilary Mantel has done for 1500's England. That is, it proves that fiction can be history with blood in its veins, quickening for us the violence and sadness and the awful incongruity of war. A brilliant novelist, and a book to treasure and never to forget." - Darin Strauss, author of Chang & Eng and Half a Life