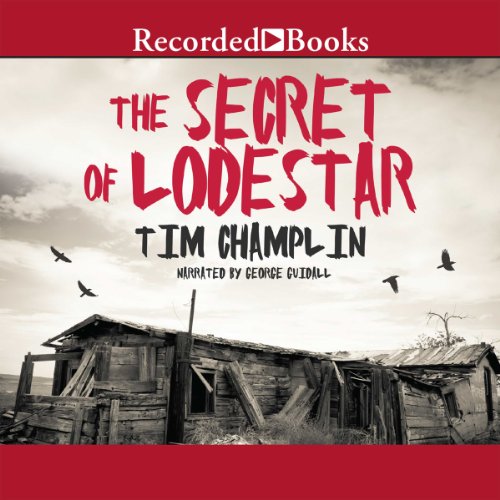 The Secret of Lodestar

The Secret of Lodestar

Three bandits made off with $30,000 in gold and buried it in secret. When the gang leader is released from prison, ex-railroad detective Marc Charvein follows his prey to the hidden treasure - in a ghost town called Lodestar.

What did you love best about The Secret of Lodestar?

LODESTAR is a compelling story that is hard to put down after one gets into it. Like Tim Champlin's many other novels, its story is firmly built on authentic details about the Old West that lend credibility to the story and reassure readers they are in the hands of a writer who has mastered his subject. Strong storylines and fascinating characters are also hallmarks of Champlin’s novels, and this book is no exception. Its protagonist, former railroad detective Marc Charvein, is very much in the Western tradition of the strong, self-reliant loner on a dangerous mission. His mission here is to retrieve a cache of stolen gold in Nevada. Champlin knows the West intimately and his descriptions of Nevada’s desolate settings are so vivid that you’d be wise to have a canteen handy while you listen to this book. The characters Charvein encounters in his perilous mission–especially the mysterious Sandoval and femme fatale Lucinda Barkley–are equally compelling and the manner in which they all come together in the book’s exciting climax is at once satisfying and believable.

I’ve listened to nearly 50 books narrated by George Guidall, but this is the first Western I’ve heard him read. I knew I’d be more than satisfied with his narration but was delighted to discover how appropriate his voice sounds in a Western setting. One of the best readers in the business, Guidall is noted for his ability to convey fragile emotions–a talent that works well in this tale of of emotionally stressed characters vying against one another.

What is the “secret” of Lodestar? I’ll let other readers find that out themselves. For now, I’ll merely say that the secret is both surprising and satisfying. A bigger mystery is why more of Champlin’s novels are not available in audio editions. I hope Recorded Books soon releases an equally fine recording of his sequel to this novel, CROSS OF GOLD, and then adds more recordings from his impressive backlist.

What other book might you compare The Secret of Lodestar to and why?

John Hersey's A BELL FOR ADANO, but to explain why would give away LODESTAR's secret.

The final confrontation in Lodestar.

Sandoval's explanation of why he lives alone in the ghost town.