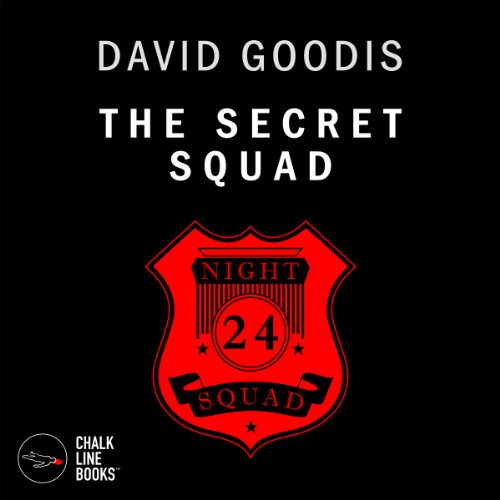 By: David Goodis
Narrated by: Mike Dennis
Try for $0.00

In David Goodis's bruising crime novel The Secret Squad, Corey Bradford is on the skids and on a quick trip to boozeland. He was a plainclothes cop who got caught with his hands in pockets where they didn't belong and he was pushed out the precinct door. But he was still just as fast with his mitts as he was his wits, and others took notice. Such as mob kingpin Walter Grogan, a man who didn't take no for an answer. But Bradford is also recruited by the notorious Night Squad, a secret arm of the police that doesn't knock before entering. And they don't take no for an answer either.

What listeners say about The Secret Squad

No, the book was actually a decent detective story. Strangely the main character, Corey Bradford, was a likable guy; he is a drunken bum who owned his mistakes, though he seemed to enjoy them. His fall from whatever grace he began with makes him perfect for the The Night Squad.

Would you be willing to try another book from David Goodis? Why or why not?

Possibly. From reading about him, his stories are rather dark but they appear to be good.

Can't say I had a favorite. Lots of twists and turns along the way which I enjoy. The Night Squad is made up of some pretty pathetic low life officers but in the end they get the job done...one way or another. Actually the first scene when he saved Grogan was the tell all to the story.....he's a bad guy, though not destroyed totally and he has a great command of the street even though he's no longer a cop.

I received this free audiobook from the narrator and Audible.com. Thank you for the opportunity to read and review.