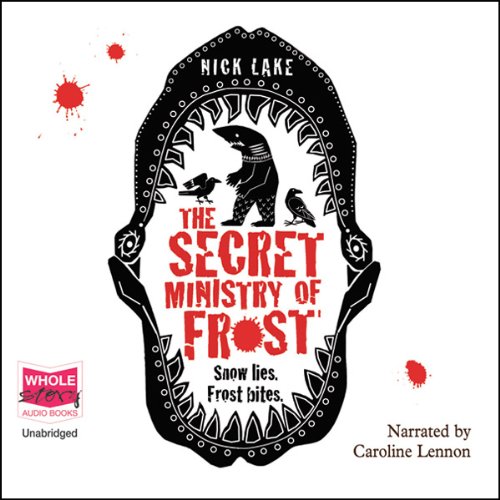 The Secret Ministry of Frost

By: Nick Lake
Narrated by: Caroline Lennon
Try for $0.00

As she mourns for the father who was her whole family, Light starts to notice unexpected presences all around.... Suddenly the mysterious world in which her father moved invades young Light's life with a bang.

The Inuit folklore she vaguely knows comes alive all around her; the inscrutable, violent and sometimes horrific beings of the North seem to believe she has a role to play and, along with her tattooed butler and their new shark-headed friend, Tupilak, Light is drawn into an age-old intrigue between Setna, the ruler of the sea and Frost, king of the cold.

Soon Light is aboard an ice-breaker bound for Nunavut, having been promised help in searching for her father, now suspected of being stolen away by the cruel and heartless Frost. Yet she scarcely realises the power of those who have chosen her for their enemy - and a terrifying journey awaits her.

What listeners say about The Secret Ministry of Frost