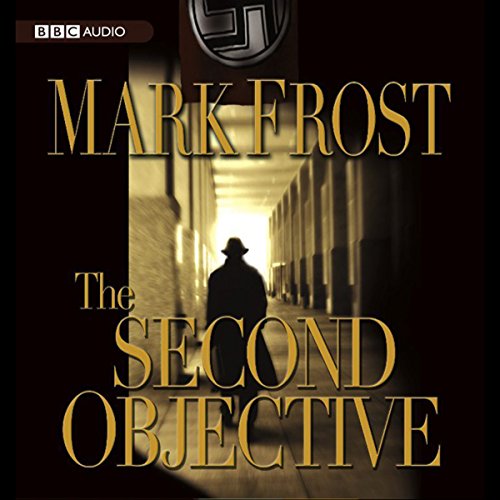 Fall 1944. Germany is losing, and the Americans are starting to hope they'll be home for Christmas. But Lieutenant Colonel Otto Skorzeny, "Hitler's Commando", famed for his daring rescue of the imprisoned Mussolini, has just received orders for Operation Greif: he is to assemble a new brigade of 2,000 men, all of whom speak English, and send them behind Allied lines disguised as GIs, where they will wreak havoc in advance of a savage new offensive. And from those men, Skorzeny is to select a smaller group, made up of the 20 most highly skilled commandos fluent in American culture, to attempt an even more sinister mission - the second objective - which, if completed, not only will change the course of the war, but will change the course of history.
©2007 Mark Frost (P)2007 BBC Audiobooks America

"Frost builds the characters beautifully, including a parallel story involving two American MPs, and, like Follett, he somehow manages to generate incredible suspense in the face of historical fact. This is a top-notch blend of espionage tradecraft and pulse-pounding action adventure." (Booklist)
"Comparisons with Day of the Jackal are inevitable and not amiss." (Publishers Weekly)

A new take on the last days of WWII. The story is well told if a little implausible. Readers of this type fiction will be used to the heroes and the anti heroes always being one step ahead but the antihero in this book almost takes that too far. If the good guys would have had him on their team the war would have been over in 1943 and Hitler would have wondered what hit him. The hero is not only a good guy but an understanding, caring good guy, a combination we don't often see in police characters. The narration was very well done and the book is certainly worth a listen.

I thoroughly enjoyed this book. A couple minor technical details that those of us who have served will pick up on, but a great story never the less. If you like Eye of he Needle, you'll like this one too.

Some minor technical mistakes make it hard to suspend disbelief. Hard nosed cop makes a good hero versus nazi super villans. Military vehicles don't have keys, for one thing. My step-father was in the battle and remembered asking other GIs "who is the king of swat?" (Babe Ruth).
The Germans did cause chaos.