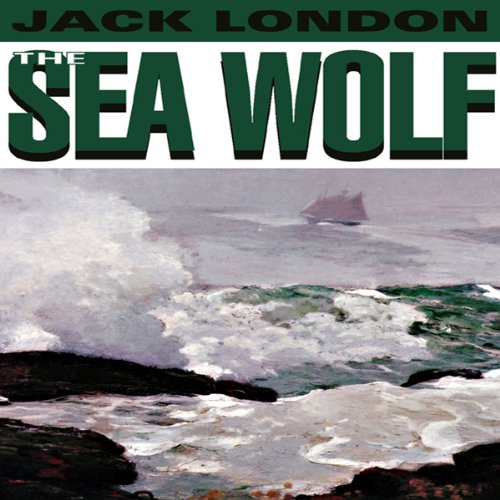 By: Jack London
Narrated by: Brian Emerson
Try for $0.00

He is a man capable of abandoning two sailors in an open boat, yet he is an avid and thoughtful reader of the moral philosophers. He is Wolf Larsen, captain of the seal-hunting Ghost and the unforgettable protagonist of one of the world's great sea novels. Tormented by his own convictions, Larsen is an enigma both fascinating and repellent to his reluctant crewman, Humphrey Van Weyden.

Throughout their long and perilous voyage together, the captain's ruthless belief in the survival of the fittest is pitted against Van Weyden's "civilization", a contest between two opposing views of life that demonstrates Jack London's gift for expressing complex ideas with exciting action. The Sea Wolf is a superb example of the genius of a writer who was, in the words of Maxwell Geismar, "the poet of the savage Darwinian struggle".

What listeners say about The Sea Wolf

This is a book I read while younger, but hardly understood. The protagonist is a quite recognizable figure of civilized society, who is totally reliant on the civilization that supports him, and who justifies his existence in spiritual terms. He is impotent in the real, natural world. The antagonist is a materialist and a hedonist who does not believe in the soul, but only the physical struggle of life. The conflict that results, and the subsequent resolution, marries the two worlds quite nicely. I believe that I did not understand the book when I was younger because I had not yet, in my own life, had the experiences of meeting the world on its own terms. I was an idealist and a student then. I understand the need for balance more fully now.
However, I also feel that the quality of the reading, and the recording quality, were instrumental in my new understanding. The reader used multiple voices and accents to animate the characters, and this allowed me to enjoy the story without struggling to maintain attention. There was no distracting production flaw to take me out of the story. It was as if I was actually there in the driving spray, "heaving the boat to", while really I was only driving my car. Jack London wrote this great escapist story in 1904, and the quality of this reader's voice, and the recording, improved on his written word 100 years later. It was not just a pleasant escape, but an affirmation of what it means to be a man. I got much more of The Sea-Wolf this second time around.

Wolf Larson is one of Fiction's great characters

I loved it, perhaps more than it deserved, but it resonated with me. At once a book of meditative philosophy, a romantic adventure, and a castaway story tied all together.

I enjoyedd the whole Humphrey Van Weyden v. Wolf Larson set up, even if it was a tad contrived. The struggle between Humphrey and Wolf allows London the room to explore everything from God, to the Nature of Man, to Love. The Humphrey and Maud climax at the end was probably the books weakest piece, but Wolf Larson is one of the great characters in all of Fiction, IMHO.

Amazing telling of a classic favorite!

I read The Seawolf in high school, and have read it every year since. Since I love it so much, I was quite hesitant to listen to it through audible. However, I was very pleasantly surprised. Brian Emerson was the perfect narrator for the such a classic book. The voices he used for each person were distinct and easy to recognize for each character. This was my first audible purchase, and am VERY pleased with it.

Jack London is a terrific writer! I really enjoyed the story of The Sea Wolf, as well as, the character development. The characters became so real I felt as if I was on the schooner, the Ghost, with them. The sences were artfully described---very well done! I also enjoyed the narrator, who changed his voice just enough with the different characters to distinguish them apart. It was very easy to listen to.

I would rate this book one of my personal top 10 best.

The author would approve of this voice rendition of his master
Piece. Read this book then listen to it.

Great reading, interesting to observe the philosophic and moral themes from London’s perspective, but the characters are awfully flat, perhaps so flat that it adds to their charm?

Standing on your own legs

Amazing that a book published in 1905 can tie in seamlessly with life going on in 2018. Story about a seaworthy adventure, morals, earning your right as a man. Blown away

Classic, Unfortunately Better When I was 12

Jack London wrote many books that I remember from childhood. Too bad that I grew up and the book isn't as great as I remember. The performance didn't elevate the book. Overall the story is still good, but the characters came off as immature and petulant from the narration.

A bit of a slow start but once "into it" i didn't want to turn it off.

I recommend this book highly. London's story is spellbinding and his writing, while somewhat formal and Victorian in feel, is very accessible. The narrator does a good job. The only complaint one might note is that the narrator's pronunciation of nautical terms is sometimes incorrect. That is not a major criticism, however, and this is a very enjoyable listen.