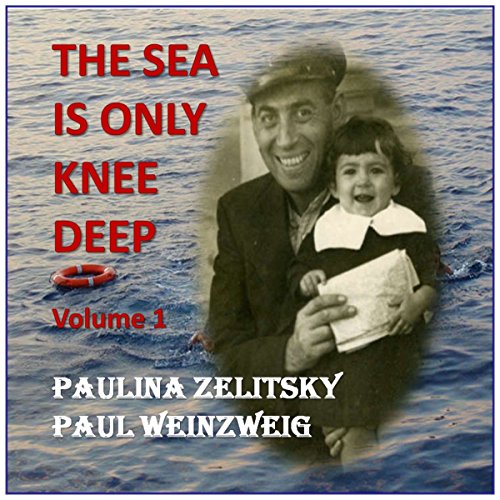 The Sea Is Only Knee Deep, Volume 1

The authors draw back the Cuban/Soviet curtain on an undisclosed Soviet navy nuclear confrontation lasting 20 years with the United States and on the cover-up by the American government of an aggressive undercover spy war with Fidel Castro - the world's most idiosyncratic, brilliant, but obsessively vindictive psychopath and power-hungry megalomaniac leader.

Standing at the crossroads of autobiography and contemporary history, The Sea Is Only Knee Deep presents an intimate and bittersweet portrait of the coming of age of a fiercely independent Jewish girl raised by her father, a former sea captain, in the Black Sea city of Odessa, Ukraine, during and after Stalin's last decade of Soviet power. Interwoven with her childhood narrative of a streetwise kid deftly dodging the suffocating strictures of Communist tyranny is a Cold War thriller arising from Paulina's personal involvement with a top secret Soviet submarine base in Cuba. The base was home to a fleet of Soviet nuclear subs armed with ballistic and cruise missiles with nuclear warheads aimed at America. Concealed from the Western public and hidden beneath the ocean, this Soviet submarine base served as a major nuclear arms missile platform in the backyard of the United States where it operated secretly and in defiance of international treaties for over two decades. Domestic political considerations during the Vietnam War kept the US government silent.

This dramatic personal story, based on a young woman's experience from the real world, is often more fascinating than any fictional thriller. Paulina's tender and loving relationship with her father served her as the only guide through the dangerous and dark period of Soviet state tyranny. She resisted the massive false propaganda, misery, demoralization, state anti-Semitism, and degradation of dignity that were used to control the Soviet public for 75 years of its existence.

What listeners say about The Sea Is Only Knee Deep, Volume 1

A truly compelling account of an interesting time and place, woven with colorful anecdotes and fascinating historical detail. Equally informative and captivating!

What did you love best about The Sea Is Only Knee Deep, Volume 1?

The author reads her own story of Soviet Era survival in a vivid and very real accounting of events that takes the reader along every step of the way.

This is a personal story of one woman's harrowing experiences in the cold war era. I liked the pace of the reader's account which keeps you wanting to hear more.

The scenes of Cuba under Soviet influence were of particular interest especially the nuclear missle crises.

From Russia Without Love or Escape From Darkness

Your attitude is your destiny

What was one of the most memorable moments of The Sea Is Only Knee Deep, Volume 1?

The experience of defecting to Canada

Getting off the plane in Newfoundland

Your attitude is your destiny

Being a father of a teenaged daughter with strong independent character, I highly recommend to other parents and young women to read this well written dramatic personal story, based on a young woman's experience from the real world. It is actually more interesting than any fictional thriller. Her tender and loving relationship with her father served her as the only guide through a dangerous and dark period of tyrannical power of the Soviet state. This is an emotional and dramatic personal tale about the virus of despotic oppression, the wars of disinformation, the perils of Soviet security agents, the protective love of a wise father for his daughter, and the bravery and good fortune of a young mother with two small children. Later, when she joins a Soviet engineering team working on the design of a new commercial port in Cuba but was temporarily co-opted for a top-secret project of the Soviet Navy, Paulina refused to cooperate with the Soviet KGB in denouncing her colleagues and succeeded in defecting with her children to freedom in Canada.