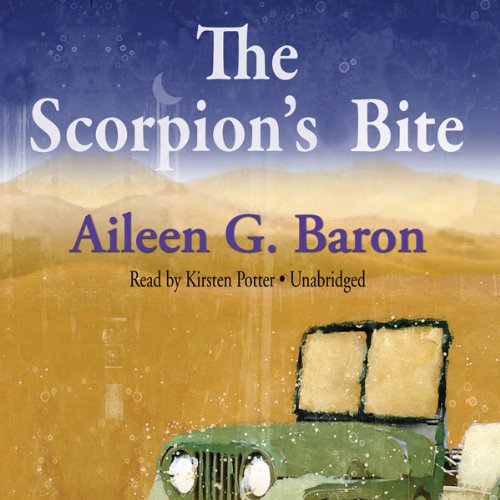 By: Aileen G. Baron
Narrated by: Kirsten Potter
Try for $0.00

It is 1943 and the world is at war. Archaeologist Lily Sampson has been sent by the Office of Strategic Services to survey Trans-Jordan, along with Gideon Weil, the famous director of the American School of Archeological Research in Jerusalem. In the beautiful, silent, Trans-Jordanian desert, they become stranded in the Wadi Rum and their Bedouin guide is murdered. When Gideon is accused of the crime, Lily must clear him of the accusation.

Lily discovers that two oil pipelines from Iraq run through the desert: one through Trans-Jordan which supplies the Allies and another through Syria which supplies the Nazis. At the same time, Lily learns of a Nazi plot to kidnap and kill the eight-year-old king of Iraq. Now, Lily and Gideon must act to protect the Trans-Jordan pipeline, sabotage the Syrian line, and rescue the king to prevent the Nazi takeover of Iraq.

“Those who like their thrillers steeped in exotic climes will find intriguing political and cultural conflict aplenty as Lily becomes the linchpin for a vital Allied operation.” ( Booklist)

What listeners say about The Scorpion’s Bite

I took a gamble on this book but it did not pay off, the narrators voice was so dreary I kept having to go back and replay sections because I could not maintain my concentration. This has never happened to me before with an audiobook. I became so fed up I didn't even get to the end, I just didn't care anymore.