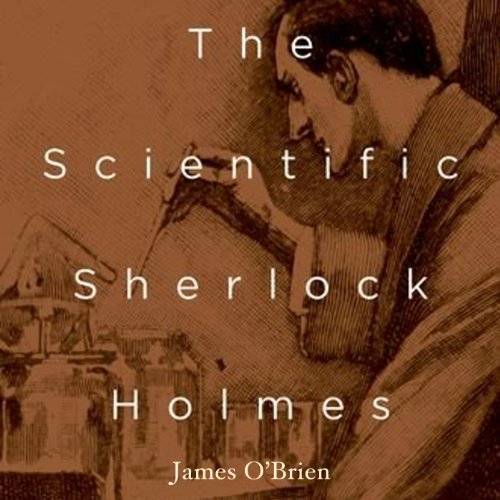 One of the most popular and widely known characters in all of fiction, Sherlock Holmes has an enduring appeal based largely on his uncanny ability to make the most remarkable deductions from the most mundane facts. The very first words that Sherlock Holmes ever says to Dr. Watson are, "How are you? You have been in Afghanistan, I perceive." Watson responds, "How on earth did you know that?" And so a crime-solving legend is born. In The Scientific Sherlock Holmes, James O'Brien provides an in-depth look at Holmes's use of science in his investigations. Indeed, one reason for Holmes's appeal is his frequent use of the scientific method and the vast scientific knowledge which he drew upon to solve mysteries. For instance, in heart of the audiobook, the author reveals that Holmes was a pioneer of forensic science, making use of fingerprinting well before Scotland Yard itself had adopted the method. One of the more appealing aspects of the audiobook is how the author includes real-world background on topics such as handwriting analysis, describing how it was used to capture the New York Zodiac killer and to clinch the case against the Lindbergh baby kidnapper. Sherlock Holmes was knowledgeable about several sciences, most notably chemistry. Therefore the audiobook takes a close look at Holmes the chemist and discusses, for example, chemical poisons such as carbon monoxide, chloroform, and Prussic acid (the historical name for hydrogen cyanide). The author also debunks Isaac Asimov's famous assertion that Holmes was a blundering chemist. In addition, the audiobook discusses mathematics, physics, biology, astronomy, meteorology, and geology, always in the context of Holmes's exploits. Sherlock Holmes continues to fascinate millions of readers and movie goers alike. The Scientific Sherlock Holmes is a must-have for the legion of fans of this most beloved of all fictional detectives.

Really enjoyed this "behind the scenes" look at the character of Sherlock Holmes. It's the detail of the influences of Sir ACD and how they became Holmes. Really never realized how smart CD was to have created such an intelligent, ground-breaking, detective. Very thought provoking. Narrator was perfect for this.