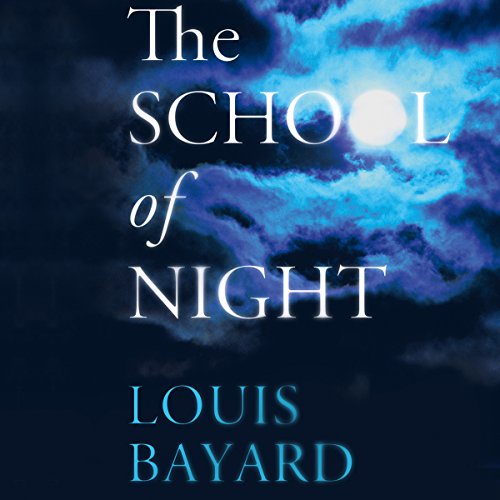 The School of Night

By: Louis Bayard
Narrated by: Robert Petkoff
Try for $0.00

An ancient mystery, a lost letter, and a timeless love unleash a long-buried web of intrigue that spans four centuries.

In the late 16th century, five brilliant scholars gather under the cloak of darkness to discuss God, politics, astronomy, and the black arts. Known as the School of Night, they meet in secret to avoid the wrath of Queen Elizabeth. But one of the men, Thomas Harriot, has secrets of his own, secrets he shares with one person only: the servant woman he loves.

In modern-day Washington, D.C., disgraced Elizabethan scholar Henry Cavendish has been hired by the ruthless antiquities collector Bernard Styles to find a missing letter. The letter dates from the 1600s and was stolen by Henry's close friend, Alonzo Wax. Now Wax is dead and Styles wants the letter back. But the letter is an object of interest to others, too. It may be the clue to a hidden treasure; it may contain the long-sought formula for alchemy; it most certainly will prove the existence of the group of men whom Shakespeare dubbed the School of Night but about whom little is known.

Joining Henry in his search for the letter is Clarissa Dale, a mysterious woman who suffers from visions that only Henry can understand. In short order, Henry finds himself stumbling through a secretive world of ancient perils, caught up in a deadly plot, and ensnared in the tragic legacy of a forgotten genius.

What listeners say about The School of Night

Okay. I loved The Black Tower so I scooped this one up. I won't give a synopsis. I never do.

I gave the School of Night 4 stars because it has all the best of suspense thriller, yet comes up a bit short. You can't rate a book in half stars, but I'd give it 4 1/2 . The action takes place in the present day and 400 years or so in the past. The Elizabethan/Jacobean part was excellent and complete. The modern part wasn't as finished as that. The denouement needed a bit more of an episodic lead up and the ending felt contrived - it also needed more lead up. It was there, but shallow.

HOWEVER - if you liked The Black Tower or Ghostwalk by Rebecca Stott you will certainly enjoy this book.

I thought it thin in the places I mentioned, but overall it is a great listen and I couldn't put it down.

I really enjoyed the other Louis Bayard books I've listened to, but this one was a real disappointment. The story was muddied and the characters not terribly interesting.....all in all, it wasn't up to the quality that I had come to expect from Bayard given my earlier experiences.