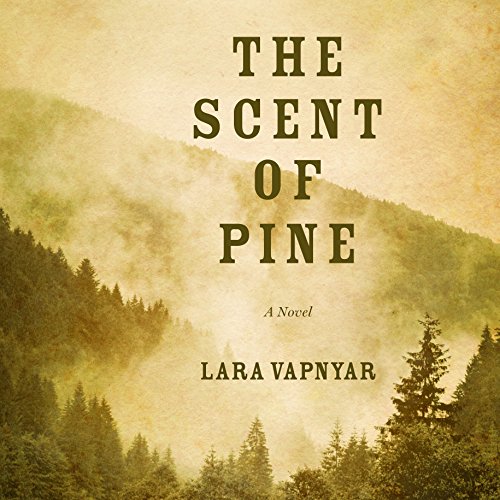 The Scent of Pine

By: Lara Vapnyar
Narrated by: Elizabeth Evans
Try for $0.00

Throughout her acclaimed, award-winning career, novelist Lara Vapnyar has consistently impressed critics with her striking honesty, empathy, and humor - yet never before have Vapnyar's talents been as perfectly matched or shone as brightly as in her captivating latest novel, The Scent of Pine.

Though Lena is only thirty-eight, she finds herself in the grip of a midlife crisis. She feels out of place in her adoptive country, her career has stalled, and her marriage has tumbled into a spiral of apathy and distrust - it seems impossible she will ever find happiness again. But then she meets Ben, a failed artist turned reluctant academic, who is just as lost as she is. They strike up a precarious friendship and soon surprise themselves by embarking on an impulsive weekend adventure.

On the drive to Ben's remote cabin in Maine, Lena begins to open up, for the first time in her life, about the tumultuous summer she spent as a counselor in a Soviet children's camp twenty years earlier, when she was just discovering romance and her own sexuality. At a time when Russia itself was in turmoil, the once-placid world of the camp was growing equally unsettled, with unexplained disappearances and mysterious goings - on among the staff; Lena and her best friend are haunted by what they witnessed, or failed to witness, and by the fallout from those youthful relationships. It was a time of intense emotions, confusion, and passions, and ultimately very little turned out to be exactly as it seemed.

As Lena reveals to Ben secrets she has long kept hidden, the lovers begin to discover together not only the striking truths buried in her past, but also more immediate lessons about the urgency of this short, stolen time they have together.

A stirring, sexy, and breathtaking novel with an unforgettable twist, The Scent of Pine is both a poignant love story and a provocative tale of loneliness, longing, youthful romanticism, and the fickle nature of desire.

What listeners say about The Scent of Pine