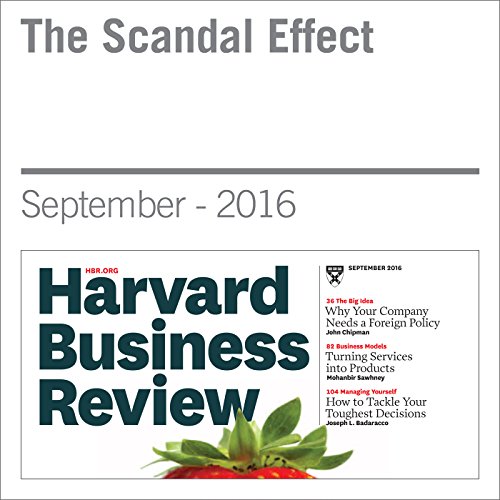 In September 2015 Volkswagen was found to have intentionally set controls on its diesel engines to misrepresent their emissions levels. Some 11 million cars worldwide had the "defeat" program installed. This discovery led to an immediate plunge in Volkswagen’s stock price; government investigations in North America, Europe, and Asia; the resignation of its CEO and the suspension of other executives; the company’s record loss in 2015; and a tab estimated at more than $19 billion to rectify the issues. The scandal did incalculable damage to Volkswagen’s brand.

"The Scandal Effect" is from the September 2016 issue of Harvard Business Review.

©2016 by the President and Fellows of Harvard College, All Rights Reserved (P)2016 Audible, Inc.