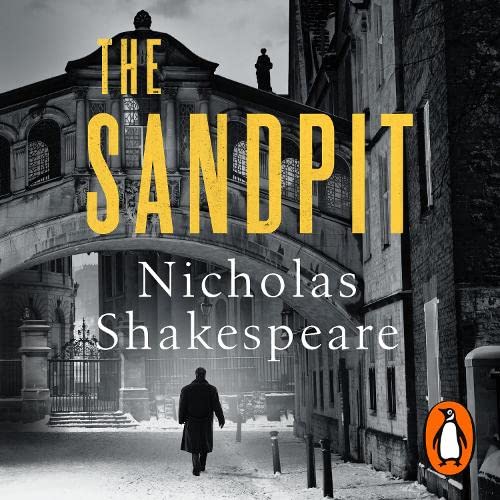 By: Nicholas Shakespeare
Narrated by: David Bark-Jones
Try for $0.00

When John Dyer returns to Oxford from Brazil with his young son, he doesn't expect to find them both in danger. Every day is the same. He drops Leandro at his smart prep school and walks to the library to research his new book. His time living on the edge as a foreign correspondent in Rio is over.

But the rainy streets of this English city turn out to be just as treacherous as those he used to walk in the favelas.

Leandro’s schoolmates are the children of influential people, among them an international banker, a Russian oligarch, an American CIA operative and a British spook. As they congregate round the sports field for the weekly football matches, the network of alliances and covert interests that spreads between these power brokers soon becomes clear to Dyer. But it is a chance conversation with an Iranian nuclear scientist Rustum Marvar, father of a friend of Leandro, that sets him onto a truly precarious path.

When Marvar and his son disappear, several sinister factions seem acutely interested in Marvar’s groundbreaking research at the Clarendon Lab and what he might have told Dyer about it, given Dyer was the last person to see Marvar alive.

"A remarkable contemporary thriller - with shades of Graham Greene and Le Carré about it - but also a profound and compelling investigation of a hugely complex human predicament. Brilliantly observed, captivatingly written, grippingly narrated - a triumph." (William Boyd)

What listeners say about The Sandpit

There's so much to enjoy about this book; international relations, history, literature, beautiful writing, the plot of a thriller, a story of a man and a boy, the finding of love. And all so very English. The performance was wonderful. I was carried away by it all.

If you love Oxford this book makes the modern city really live reflecting the influx to North Oxford London and International monied families. He really gets the world of North Oxford prep school life and the society of parents and children. Threaded through this canvas is a ripping yarn. Hard to put down once stated.

A gripping story beautifully narrated and one which poses many interesting questions for the reader.

A promising start and then peters out

A fascinating premise is set up, and the first third or so is quite interesting, but then almost nothing else happens at all. I was extremely bored by the end.

Dyer is a former broadsheet foreign correspondent, with principles, who gives up his job when instructed to do something he doesn't like. He has a son by an estranged Latin American beauty, who he has placed in a private he attended as a boy. Through the school he meets an Iranian physicist who has discovered something incredible. What follows is beautifully told tale of intrigue in the academic world of Oxford.

Nicely read but I struggled with this book. Did not feel characters really came alive.

I loved everything about this book. Pace, characters and storyline elegantly woven into a gem.

Thanks Nicholas! This is absolutely beautiful writing. And great storytelling. I’m heading over to your.prequel now, The Dancer Upstairs.

Love Nicholas Shakespeare and his writing

What a great writer I enjoyed this book. Not hugely but very much. I also love the narrator David B-J

So cleverly crafted, great plot which became increaingly unputdownable by half way through. This story provides depiction of a coterie of upper class Brits, international diplomats and globe trotting specialists who gather around a rarified Oxford private school. A slightly implausible premise lies at the heart of the novel but its such a great tale I was happy to siuspend my disbelief.