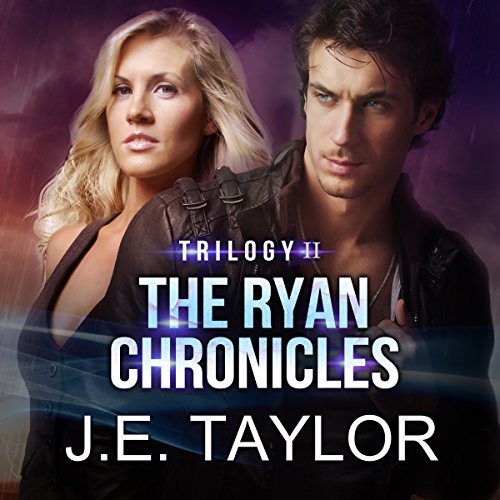 Someone is murdering people, draining them dry, and the police suspect it may be a vampire. When the captain of the York police department turns to Tom Ryan and his paranormal investigation agency for help, Tom takes one look at the crime scene photos and knows the killer isn't a bloodsucker.

Tom and his business partner compare the murders to a list of angel descendants, and a chilling pattern is confirmed. Angel bloodlines are being extinguished, and there are only a handful left between the killer's hunting ground and their family in York.

They must stop the assassin before he can cross any more names off his hit list.

In the aftermath of his wife's death, Tom Ryan cannot breathe when his three-year-old daughter, Hannah, is out of his sight. His overprotectiveness falls into the realm of paranoia, born from the fear that Lucifer is not done with him yet.

When that same apprehension manifests in his daughter, he realizes he needs to deal with his issues before his terror poisons Hannah's innocence. Just when he manages to get a grip on his separation anxiety, his worst nightmare comes to fruition.

Desperate to save Hannah from the devil's grip, Tom will do just about anything to get her back, even if it means the ultimate act of betrayal.

Duty is a double-edged sword. It means putting yourself last, ripping you away from everyone you love while you complete an unreasonable quest just to keep them safe.

Tom Ryan left York. He left everything he loves to safeguard the last angel descendants.

Now he's back, still damned, still persecuted. Prophecy says York will burn, and everyone left who matters to Tom is in York. With no time to catch up and reconnect, Tom is thrust into a battle he's destined to lose.

What listeners say about The Ryan Chronicles Trilogy II