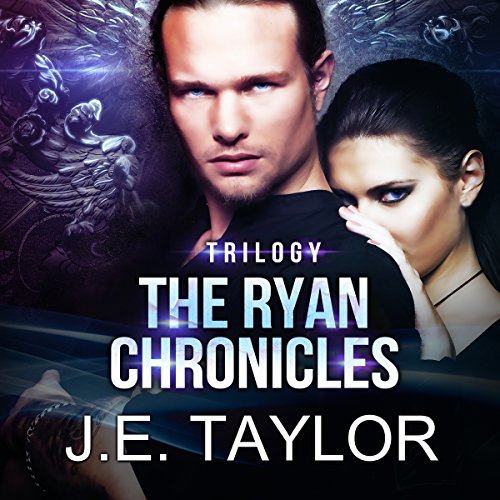 The first three audiobooks in The Ryan Chronicles are available in this special edition boxed set. The set includes Saving Grace, Raven Heart, and Trinity's Wrath!

When CJ Ryan's girlfriend decides life is less complicated without him, CJ travels a destructive path into despair, walking the line between what's right and what feels good. But what feels good is a dangerous slope to travel, especially when Lucifer wages war for his soul.

One wrong step and CJ could fall into the devil's trap, becoming no better than the demons he battles.

CJ Ryan still can't remember a thing about his past, but he is determined to have a future with Valerie. Despite his lack of memory, he finds himself ensnared in the cutthroat world of entertainment whether he wants to be or not. The push into the spotlight shines a harsh glare on his family, and brings with it a plague of horrors that drag him to the edge.

With the darkness of the past threatening him, CJ turns to his brother in a search answers. But when an enemy with a psychotic history re-enters their lives it will take more than just his memory to save them.

CJ Ryan's life seems to have fallen into place, and while the backdrop of his Hawaiian honeymoon provides the perfect healing elixir, the guilt of sentencing his father to an eternity of torture at Lucifer's hands starts to intrude on his happily-ever-after.

When he and Valerie return from Hawaii, a note from the king of Hell greets him, outlining in sickening detail his plans for CJ and those he holds dearest.

With everyone he loves on Lucifer's hit list, CJ must start living up to the bargain he made in Heaven. But every one of Hell's gates that he closes is one less portal available for his father's escape.

What listeners say about The Ryan Chronicles Trilogy