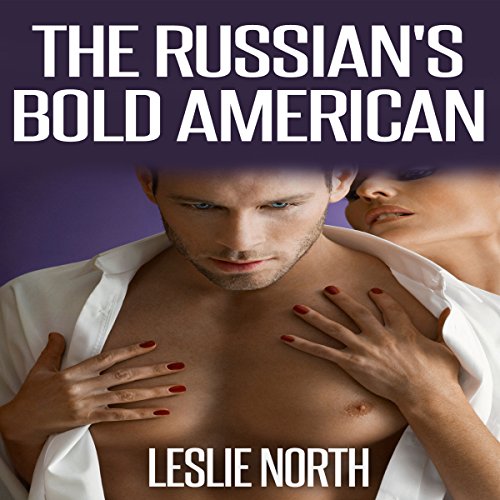 By: Leslie North
Narrated by: Tanya Stevens
Try for $0.00

The Fedosov family is in crisis. After expanding their mining operations to South Africa, a mob of protesters and reporters gather outside their main building. Alexey Fedosov is in control while his brother, Dmitry, is away. He gives an exclusive interview to one reporter, an American called Desiree Bishop.

Desiree knew all about Alexey Fedosov. He was stunningly handsome, with jet black hair and grey eyes the color of thunderclouds. His shoulders were broad and his long legs magnified his already staggering height of six-foot-five. He made all the tabloids and was considered the playboy of the Fedosov family. With a reputation like that, she told herself to stay well away from him.

Yet she can't understand why she can't keep her eyes off him. How can she be so attracted to him when they have just met? She hates the vulnerability she feels around him and fights her attraction.

From their first meeting Alexey felt his body immediately respond to Desiree. The petite blonde was the most beautiful woman he had ever seen. But despite her angelic looks, she was tough and shows from the very start that she is not intimidated by him. Alexey tries to convince himself she is just another girl, but soon finds himself confused by the fascination he has for the American.

The whole Fedosov family are surprised that Alexey has an interest in a girl that goes beyond the weekend's parties. And the more they both try to fight their attraction, the more intense their cravings become.

What listeners say about The Russian's Bold American

Liked the story. Love the alpha males & the sassy strong women. I would like to be able to see the words.