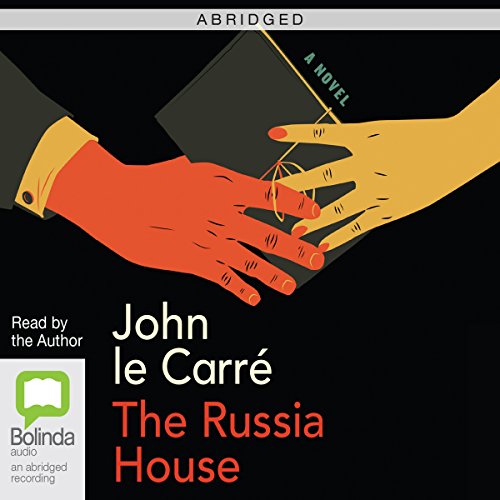 It is the third summer of perestroika. Barley Blair, London publisher, receives a smuggled document from Moscow. Blair, jazz-loving, drink-marinated, dishevelled, is hardly to the taste of the spymasters, yet he has to be used - sent to the Soviet Union to make contact.

Katya, the Moscow intermediary, is beautiful, thoughtful, equally sceptical of all state ideology. Together, as the safe clichés of hostility disintegrate, they may represent the future - an idea that is anathema to the entrenched espionage professionals on both sides.

"Afire and thought-provoking.... A treatise on our times." ( Time)

What listeners say about The Russia House (Abridged)

I’m not certain what the issues are with the quality of the recording are here, but it ruined the story in my opinion. I usually love all the Le Carré books, but the poor recording quality, oddly timed fades and cuts between chapters dragged me back to reality every time. I’m not even certain if the ending was actually the ending it felt so odd. If I wasn’t driving I would have been looking at the recording convinced it had skipped a whole section.

However, the characters are always so clever and the world of spies so interesting that I couldn’t give it any lower.