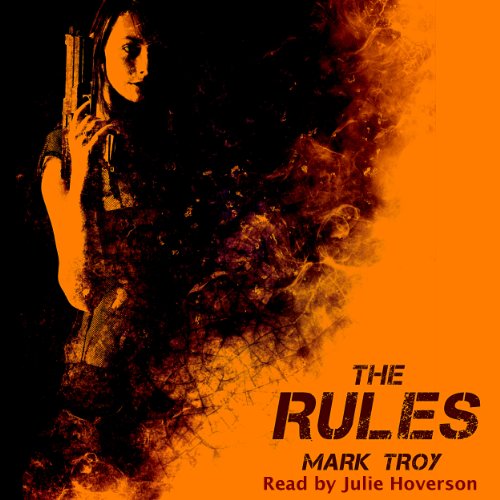 Paul, her principal, comes from a powerful family with many enemies. Murder and kidnapping are just means of business in Paul's family. Ava believes he is not like the rest of them. Good looking, intelligent, he has everything women want. And many women want him, which makes Ava's job harder. Does she want him too? She recognizes that the greatest threat comes not from the outside, but from her own growing desire. In order to save them both, Ava must leave Paul, against his wishes and in violation of one of her rules.

Ava was wrong. A greater threat lurks outside Paul's secure compound. Two threats, in fact. One human and the other a hurricane. Ava focuses on the hurricane. She and Paul make preparations to ride out the storm. It arrives and so does the intruder. Now Ava is in a fight for her life as nature's fury assaults the house from the outside and a serial rapist stalks her on the inside.

Action and a Likable Female Lead..


Ava, the female lead, is a protection specialist. Her job is to keeps her clients alive.
Her new client, Paul, is lying about his name which makes Ava wonder what else he is lying
about.

The threat against Paul is real, so,
Ava has to attend classes and other functions with Paul while he works on his degree.
He only needs Ava's help for one semester, however, its not going to be as easy as it sounds.

The story takes place in Hawaii which is a great setting for the story to take place.

As usual, Julie Hoverson did well with the narration.

I felt like it threw me into the middle of a story and it was confusing and disorientating. Not a good foundation build-up in the beginning and it left me frustrated.

received free in exchange for an honest review.

This is a good short book. Worth a listen

Double tap horror is not for me.

The Rules by Mark Troy narrated by Julie Hoverson.

Ok, so the more I read or listen to books with the double tap horror / surprise endings the less I personally like it. This is a short read at a bit over an hour and although the narrator did a very good job with the main protagonists voice and even to a degree with the second main protagonists she does not have the range to pull off more voices and a lot of the story got lost due to my irritation with the narrators inability to make the surprise guest to the house sound anything else other than a person not good at imitating voices. Then the surprise double horror tap ending showing nothing is as it appears…the first such a surprise would have done fine.

The second one simply annoyed. Well it annoyed me personally. I would have preferred if these double tap endings were replaced by a truly surprising twist.

Ava Rome is a professional. She knows the rules. And up until now, she has followed them religiously. But Paul is making it all very difficult for her to remember them every minute of every day. He does not want to take no for an answer. And sometimes Ava does not want him to.I really enjoyed Ava. She is a strong leading lady and she can definitely take care of herself and her principal. She takes charge of every situation and her training kicks in before she actively thinks about it. Loved that! She is a kickass heroine.Paul, on the other hand, did not sit well with me from the first sentences. He was sleek, rich and . . . well, slippery. I just could not put my finger on it but I mistrusted him immediately. And boy, was I right!I do not like to read about love triangles, or abuse of any kind and definitely not rape. Yes, Ido read crime novels and all of those can be part of the plot but it is usually told in the past tense and in broad strokes. The Rules makes us part of this terrible event and we are inside Ava's head all the way. The blurb did warn me but I did not pick up on it. My fault. By the time the climax of the book started, I was already invested in the story. I admit that I considered not going any further but I wanted Ava to survive. And looking back, it was not as “in-your-face-awful” as it could have been. I think Mark handled it with a lot of sensitivity.In the end, this is a brutal story where we cheer Ava on and she gives us the ending we want. I definitely want to read more about her and luckily this is only the prequel. Look out for The Splintered Paddle, the first in the The Ava Rome Mysteries series, coming later in 2014.I loved the narration by Julie Hoverson. I have read a bit of her facebook page and it looks like she is not actively doing a lot of narration. But what a job she did in the novella. She has a strong voice and she quickly became Ava for me. She does change her voice somewhat for the other characters but it was easy on my ear and did not distract from the story at all. I hope that she will be narrating the upcoming series as I loved her voice flowing into my ears.

The story opens with an interview. Ava Rome's potential new client, Paul, is the son of a wealthy and powerful man from South America. The setting is oceanfront Hawaii, in a highly secure luxury home with primo views. Several armed thugs patrol the property, but they'll be leaving with father, who wants a guard who better blends in on university campus while Paul earns his masters.

The main characters are Paul, Ava, and the Hawaiian location, the latter because author Mark Troy envelopes the listener's senses so effectively (with help of narrator Julie Hoverson's pleasing voice, skilled inflection, and audio mixing chops). Listening with eyes closed, I could taste the salty air, feel the ocean spray, the sun's warmth, the tropical breeze, and breathe the pure air. It was a brain-cation from my frigid New England winter.

There's more to her lack of judgment, though. Clues early on indicate she's being duped. Paul's father obviously has the experience and pull to attain the most lethal and effective protection in the world, no matter the form factor. Why did they chose her? Paul tells Ava it's because she's "the best", his main reason being she comes with "military training". Not experience, mind you.

Ava's internal and external dialog reveals a dangerous level of self-admiration and possibly over-confidence. According to her, she's the best the island has to offer... all other protection candidates are posers. At one point, Ava chastises Paul for his pawing seductions. He chalks it up to bravado. "Bravado," she replies, "gets men killed." But she proves early on it's her own weakness when she sizes up the four large armed henchmen tasked with protecting Paul's father: "They'd do a good job against a normal threat, but wouldn't last long against professionals. They wouldn't last long against me." Yikes... She better back that up, and soon.

But as the story progresses, it becomes harder to chalk her mistakes up to frustrated lust and the tropics. Ava more and more comes off as wet behind the ears, fresh out of guard school, military training courtesy the monkey bars. She recites rules in rote fashion, and I begin to suspect she lacks the experience to assimilate them. She makes some of the worst judgment calls. Rule #3 is never call attention to you or your principal, but while at a party she attempts to remove red wine from her blouse by pouring a bottle of club soda over her breasts, ala wet t-shirt contest. This was an attempt to keep rule #2: Never leave your principal (though she violates this one several times later on). And though there's been earlier indications of a prowler on the property, she decides to clean off completely naked in an outdoor shower. Jeeze. I know what's happening here, but bed the stud or kick him in the nuts -- whatever you need to do to get focused again. Come on girl, you're shaming professional women everywhere!

Is it sexist for me (a hetero male) to say that if Ava were a man, I'd want to personally kick him in his privates, but since it's a woman I want to protect her (among other things)? I began to suspect author Troy was toying with me...

It turns out to be true, proven in the jaw-dropping, action drenched climax of The Rules, where not one, but three threats converge to test Ava to her core. Does she survive to fight another day? Hopefully, with greater experience and focus.

I enjoyed The Rules and its narration, as well as the brain-cation.
I was provided a copy in return for a thoughtful, honest review.