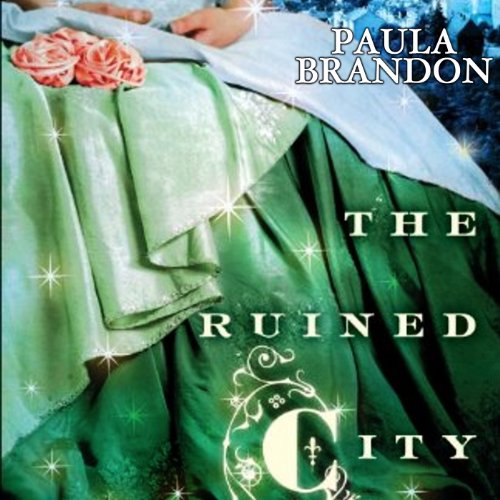 Paula Brandon’s epic and captivating trilogy continues as magic and mystery wreak havoc with the very fabric of existence.

Reality is wavering. Soon its delicate balance will shift and an ancient force will return to overwhelm the Veiled Isles. Now those with the arcane talent forge an uneasy alliance in hopes that their combined abilities are enough to avert an eerie catastrophe. Yet it may be too late. The otherworldly change has begun. The streets of the city are rife with chaos, plague, and revolt. And it is here that Jianna Belandor, once a pampered daughter of privilege, returns to face new challenges.

The dead walk the streets. The docile amphibian slaves of humanity have taken up arms. Jianna’s home lies in ruins. Her only happiness resides in her growing attraction to Falaste Rione, a brilliant nomadic physician whose compassion and courage have led him to take dangerous risks. Jianna, stronger and more powerful than she knows, has a role to play in the unfolding destiny of her world. But a wave of madness is sweeping across the land, and time is running out - even for magic.

What listeners say about The Ruined City

I don't know what this is even about anymore... this was the second book of the three book set and I am so confused. There's way to much going on, to many storylines to follow, and so many names that sound alike!

The story had some great parts, but is very wordy and cumbersome to listen with the reader's lack of inflection.

Better than the first one

Eh, this is the second book of a trilogy, and I’m going to stick it out because it’s included with subscription. The narrator has a pitch and tone that I do not like. I think it could have been a better book if I read it on paper.
Story is okay, what was 3 plot lines have coalesced to 2, and they both seem to flow better but the two barely touch.

I read another review about the first book being dry and long and it is true but necessary. This book is much better than the first and don’t stop now you MUST listen to the next and last book.

Found myself saying this B*#&@, far too often

Most of the characters are super abrasive and just put my teeth on edge.
Too many underhanded, manipulative characters, with very few likable people included.
The story itself is well written and attention capturing.
Unfortunately instead of it being an enjoyable and relaxing experience I was getting more and more agitated due to the catty, drama filled, high handed petty a$$ people.