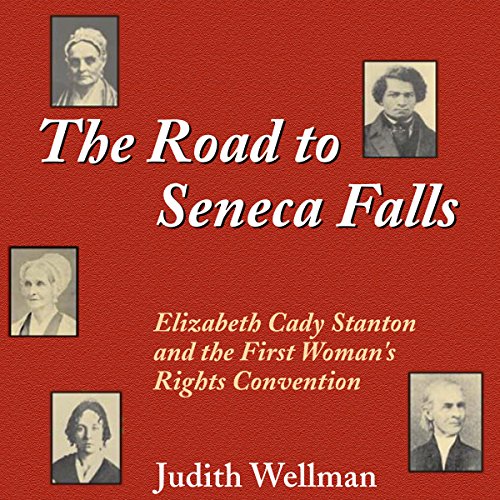 The Road to Seneca Falls

By: Judith Wellman
Narrated by: Alison Pitt
Try for $0.00

Account of the 1848 Seneca Falls Convention and the beginning of the US woman's rights movement. Feminists from 1848 to the present have rightly viewed the Seneca Falls convention as the birth of the women's rights movement in the United States and beyond. In The Road to Seneca Falls, Judith Wellman offers the first well documented, full-length account of this historic meeting in its contemporary context. The convention succeeded by uniting powerful elements of the antislavery movement, radical Quakers, and the campaign for legal reform under a common cause. But also in the life of women's rights pioneer Elizabeth Cady Stanton. It is this convergence, she argues, that foments one of the greatest rebellions of modern times. Rather than working heavy-handedly downward from their official Declaration of Sentiments, Wellman works upward from richly detailed documentary evidence to construct a complex tapestry of causes that lay behind the convention, bringing the struggle to life. Reform history with individual and collective biographical elements. The Road to Seneca Falls challenges all of us to reflect on what it means to be an American trying to implement the belief that all men and women are created equal, both then and now. A fascinating story in its own right, it is also a seminal piece of scholarship for anyone interested in history, politics, or gender.

The book is published by University of Illinois Press.

"This book deserves to find a place on the reference shelf of Quaker historians, feminists, meetings, and all who find inspiration for today from our pioneers." ( Friends Journal)
"This book is a tour de force...the definitive analysis of the founding of the women's rights movement, one that many of us in the profession have long awaited." (Nancy A. Hewitt, Rutgers University)

What listeners say about The Road to Seneca Falls