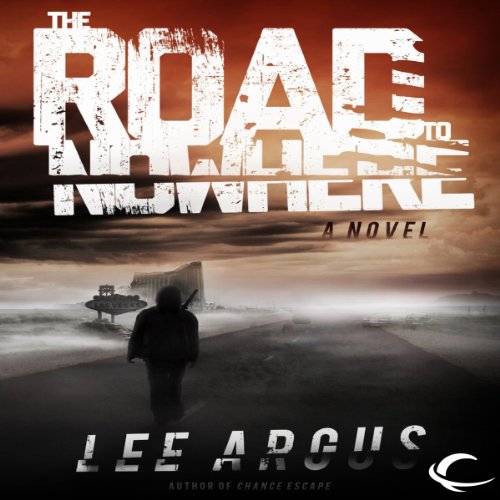 The Road to Nowhere

The Road to Nowhere

John Doe awoke from a coma in an abandoned hospital. Remnants of an unknown horrific event become evident throughout the facility, as well as throughout the city of Las Vegas, Nevada. Walking through the city bereft of life, John wanders to find the answers to the questions he holds; Where is everyone? What happened? Who am I?

During his quest to find the truth about what had occurred, it is revealed that a virus ravaged through Las Vegas, Nevada. The citizens who had occupied the once populous and glamorous city have been infected. They are no longer human. In an attempt to reach safety, John along with Rachael and Stephanie, are left with the decision to leave or stay.

Looking forward to another installment

What did you love best about The Road to Nowhere?

I love the Cat!

What was one of the most memorable moments of The Road to Nowhere?

When she goes back in for the Cat!!

Have you listened to any of James Fouhey’s other performances before? How does this one compare?

His narration is Pitch perfect

I love this story and hope another installment comes around soon!

Going into an audiobook, for me, with expectations is a dangerous thing. Almost setting it up to fail without even knowing that, and I think I did that here. Road to Nowhere I found to be slow-moving, juvenile, easy listening (Meaning nothing disturbing) and a bit on the bland side. The biggest part of the story is John Doe trying to figure out who and what he was, while dealing with a world that doesn't seem right. As always a band of survivors forms and they travel the contaminated world seeking answers. The "zombies" here were referred to as Kurus, which made sense, just not what I wanted, they were essentially people turned psychotic that could smell you out. Even though this was not my favorite find in the genre I will keep my ears open to my stories by Argus as I think he could make something amazing.